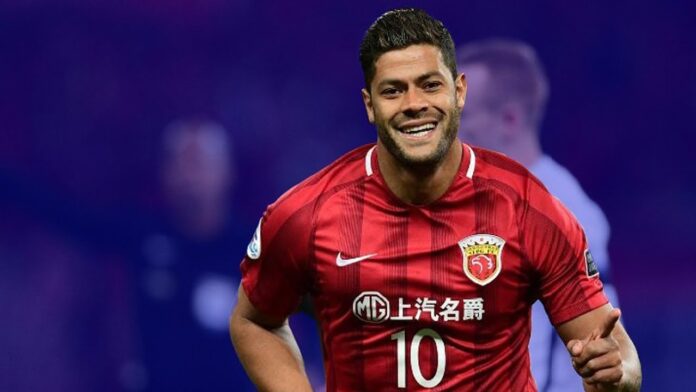 We all know that Chinese clubs have attracted some huge names over the past few years as they’ve thrown money at their football pyramid to attempt to compete on the global stage with the likes of Europe’s big five and Mexico’s Liga MX as the most-watched.

With a dramatic salary cap coming into effect though that will change. Here we look at the biggest earners in the Chinese Super League from 2020; all of whom could be heading elsewhere very soon.

Italian winger Stephan El Shaarawy’s decision to leave his homeland for Shanghai Shenhua just 18 months ago drew fairly widespread criticism. At 27-years-old he was bang smack in his prime leading to almost everyone labelling him a money grabber. Of course, he insisted that wasn’t the case and instead looked on a move to China as a different ‘challenge’.

When he left Roma, El Shaarawy was in decent form and getting plenty of minutes. That’s not really been the case since his move was completed. He’s managed just 19 appearances with a pretty average four goals and three assists to his name.

Now, with the European Championships just around the corner, it’s reported that he is desperate for a return to Serie A. There will be takers for a man with blatant talent but a pay cut might be incoming.

Graziano Pelle. Whatever happened to him? Well, actually he’s been earning a fair whack of money by scoring goals in the Chinese Super League, but you get where we’re coming from. He’s available on a free now too. After a journeyman career that hadn’t really yielded a consistent goal return, the 6’4 Italian started to bang in the goals for Feyenoord in Holland.

When that translated into goals in England’s top tier playing for Southampton it felt like Pelle was about to establish himself as something special. Praise was raining down on him and full Italy honours arrived.

Then came his move to Shandong Luneng; it caught a few off guard but he was the wrong side of 30 and most understood he wanted a big payday. He’s had it and, to be fair, the best part of a goal every other game across 132 appearances is not a shabby return. If rumours are to be believed, a Premier League comeback cold be on the cards too but Juventus are also said to be keen.

Hulk is another name that is definitely calling time on his career in China with the previously mentioned salary cap the key reason for his recent release from Shanghai SIPG. Despite dropping off the radar of all but the most dedicated football followers over the last four years, Hulk still has a lot to offer hence there have been strong moves in the betting odds that suggest the Brazilian international could be set for another spell in Europe.

The forward, who is still as strong as a horse racing in TwinSpires Kentucky Derby, has scored goals everywhere he has ever been and the Chinese Super League proved no exception; it’s a good job too because he cost over £50m.

His record for Shanghai, which is 76 goals and 54 assists from 145 games, reads incredibly closely to his time at his previous two clubs – Porto and Zenit St Petersburg respectively. Despite being 34, you’d have to say whoever signs Hulk is likely to get a decent player.

Congolese international centre forward Cedric Bakambu was actually born and raised in France where he made his first steps into professional football with Sochaux. His form for the Ligue 1 side was far from prolific and at 23-years-old he headed to Turkey.

He hit 21 goals during his debut season at Bursapor; that earned him a move to Villarreal just 11 months later. With the Yellow Submarine, Bakambu notched 47 goals in 105 appearances before his money-spinning move to Beijing came about.

Since arriving in the Chinese Super League, his impressive strike rate from La Liga has intensified again. He’s recorded 53 goals – and 20 assists – in just 74 appearances including topping the scoring charts last season.

It’s form that has seen the striker linked with a move back to La Liga with the likes of Barcelona and Atletico Madrid interested in his signature. If, however, he stays put, he’ll be plying his trade under the newly appointed Slaven Billic.

When Oscar traded Stamford Bridge for Shanghai back in the winter transfer window of 2016/17 it’s fair to say it was a move that raised more than just a few eyebrows. The Brazilian playmaker was entering his peak years at nearly 26-years-old, playing regularly, earning plaudits and competing for silverware most seasons. When he left Chelsea he did so with two league titles, a Europa League and League Cup medals in his pocket.

Oscar was always rated as a technically gifted player. He is at ease in possession and creates countless chances for his teammates whilst chipping in with goals too so it is little wonder that he’s performed well since his move.

He’s added to his trophy cabinet too in the shape of a league title in 2018 and the FA Super Cup a year later whilst 45 goals and 77 assists gives him a goal involvement at just shy of one per match. Transfer links for Oscar have been few and far between but suggestions of a 90% drop in salary is sure to make him look elsewhere.

There you have it, the five biggest earners in the Chinese Super League and all of them could be on the way out!