The UAE announced the reopening of all air, sea, and land borders with Qatar starting Saturday, January 9, the official WAM News Agency reported on Friday.

The UAE will begin to end all measures taken against Qatar following the signing of the AlUla declaration at the GCC Summit last week, Under-Secretary of the UAE Ministry of Foreign Affairs Khalid Abdullah Belhoul said, according to WAM.

He also said all ports will be open for incoming and outgoing movement, and that relevant authorities in the UAE have been informed of the new measures.

On Thursday, the UAE’s Minister of State for Foreign Affairs Anwar Gargash announced that trade and transportation could resume between Qatar and boycotting countries within a week.

“Measures to be implemented within a week of the agreement include practical measures of airlines, shipping and trade,” the UAE minister, Anwar Gargash, told reporters.

However, other issues such as restoring full diplomatic relations and the Turkish presence in the Gulf would take longer, the official said. “Some issues are easier to fix and some others will take a longer time.”

Neighboring Gulf country Saudi Arabia announced a breakthrough in ending a bitter dispute between Gulf Arab states and Qatar at the GCC summit on Tuesday, with its foreign minister saying Riyadh and its allies would restore all ties with Doha severed in mid-2017.

Qatar Airways on Thursday said it would begin rerouting some of its flights through Saudi airspace. 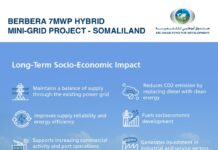