Ugandan President said that countries that have fully achieved their economic growth built their base on the principle factors of production including land, labour, capital and entrepreneurship.

“Uganda as a developing country is still lacking three elements; capital and knowledge added to entrepreneurship skills to develop further. My people in Uganda, if you want Uganda to develop, you must have these factors. Ensure that the natural resources – land, minerals, forests, rivers among others – are exploited,” he said.

It was established after a feasibility study, that sugarcane can grow in the area, way back in 2016 under the initiative of Amina Morghe Hersi, a Somali entrepreneur, who together invested in it with Uganda Development Corporation (UDC) that possesses 40% of total investment.

In May 2018, the government of Uganda, through UDC, took a 10.1% ownership in Atiak Sugar Factory, for an investment of sh20b (approximately US$5.5m).

“It is true Uganda has some entrepreneurship capacity but it is not enough. Therefore, capital, entrepreneurship and knowledge should be adopted to add on what is available to develop like other countries,” said Museveni.

He cautioned Ugandans against claiming that foreign investments belong to foreigners and not Ugandans.

“Investments on Ugandan land belong to Ugandans, not the investors because the citizens are the prime beneficiaries through employment opportunities, taxation that promotes national economic growth, etc.”

‘Amina does not give up’

“It has added sugar capacity as a commodity for internal consumption and export alongside Kakira, Kinyara and Lugazi factories. Amina is a freedom fighter like Museveni because she does not give up,” he said.

“Let those who have been confusing us come and join us. We respect them. We shall receive them.”

Prior to the commissioning ceremony, the President was taken on guided tour of the factory covering 15.1km across the sugarcane plantation to the banks of River Aswa, where a bridge will be built across the river to ease transportation of sugarcane to the factory from across the neighboring districts.

Abid Mohamud, an official at the factory, told the President that when the sugarcane growing had just kicked off, the production of canes was 20 tonnes, but with the application of chemicals and fertilizers, the production has increased more than two-fold – to 45 tonnes.

The Deputy Speaker of Parliament, Jacob Oulanyah, referred to President Museveni as a great hunter whose idea has taken shape successfully.

“Mr. President, you had a vision, knowing what works and what does not work. This is a success of an idea that has taken shape and transformed the area,” he said.

On her part, Amina, the proprietor, said this is a clear testimony of economic transformation in Africa.

“The war times in the minds of the people in the area will be put in the archives. Over 5,000 women are today beneficiaries of the factory by affirmative action.  A wealthy woman is a wealthy society and a wealthy nation,” she said.

She thanked the President for his support to the investment, saying that his dream has been achieved. 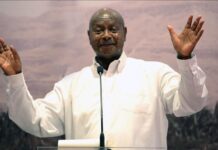 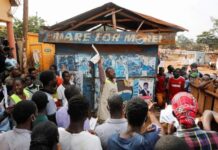 Uganda chairman of electoral commission hails the election as a success 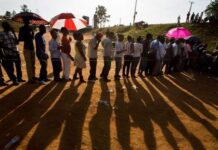 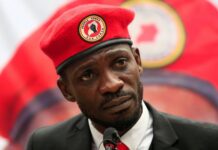 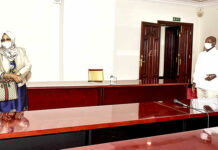 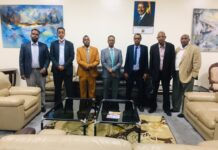