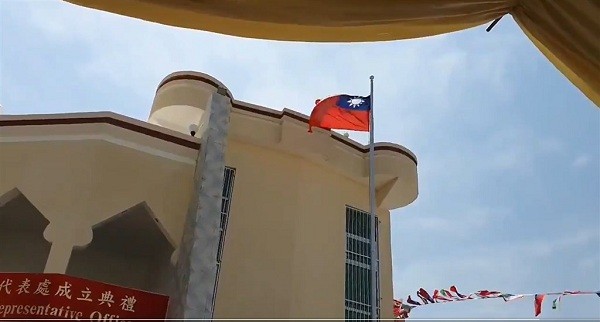 Taiwan officially opened its new representative office in Hargeisa, the capital city of Somaliland, a self-declared state in East Africa, on Monday morning (Aug. 17) local time, with the raising of both countries’ national flags and the signing of agreements on technical cooperation, according to CNA.

African media outlet Horn Diplomat posted a video and description of the event on Twitter, stating “Taiwan and Somaliland have agreed that the establishment of representative offices ‘will best serve the interests of one another.’”

On July 1, Taiwan’s Ministry of Foreign Affairs (MOFA) announced that Taiwan and Somaliland had signed an agreement in February to set up mutual representative offices. On Aug. 3, Taiwan’s Cabinet approved MOFA’s appointment of Lou Chen-hwa (羅震華), a counselor at the Taipei Economic and Cultural Office in Saudi Arabia, as head of the Taiwan Representative Office in Somaliland.

Mohamed Omar Hagi Mohamoud, Somaliland Representative to Taiwan, arrived in Taiwan on Aug. 7 and is still under a 14-day quarantine. Taiwan’s Minister of Foreign Affairs Joseph Wu (吳釗燮) posted on Twitter on Aug. 9 to welcome his arrival and thank the U.S. National Security Council for its positive feedback on the emerging ties between Taiwan and Somaliland.

"An important milestone for the #Taiwan–#Somaliland partnership! Today we opened the Taiwan Representative Office in SL. We are bound together by our shared values of freedom, democracy, justice & the rule of law, ideals that will guide our future cooperation."President @iingwen pic.twitter.com/mJYn4hRUw8