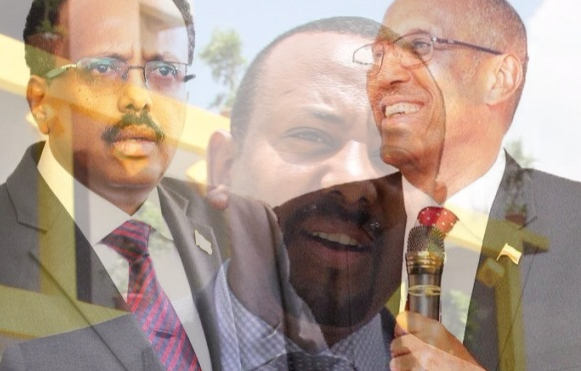 By Mohamed A. Mohamoud – Barawani

The deteriorating relationship between Somaliland and Somalia has some inconceivable impact on development, security and political stability in the region.

The silence of the international community is not helping matters. The world should abandon the wait and see policy and intervene so as to facilitate new talks.

The ramifications of the continued volatile relationship between Somaliland and Somalia has dire ramifications and if not checked may blow out to serious levels. It is therefore vital to make steps towards preserving the peace and political stability in the region.

The aftermath of three decades of destructive relationship between the two countries and the political confrontations has affected many inhabitants and threatened the stability not only in the two countries but also in the East Africa.

Time has come for the rest of the world to realize and accept the reality that Somaliland ceased being part of an entity recognized as “Somalia.”

While Somalia almost completely relies on assistance from the international community for both security and development issues, Somaliland’s political trajectory has, in contrast, taken an opposing path drawing on self-reliance and a spirit of domestication on the national agenda of a political process that takes into account the realization of an almost airtight devotion to both internal and regional security.

It is from this that the international community needs to come in and break the ice between the two countries and set the path towards a tranquil situation.

The international community can do more to take a firm stand on Somalia’s incessant protestations of a separate development arrangement with Somaliland. The Somalia government has ingeniously espied and exploited to the hilt the anomaly that the world fully recognizes its sovereignty while denying to extend the same to Somaliland despite irrefutable grounds for such which, in effect, makes Somaliland appear as part of Somalia which it is not.

The international community premise that it is up to Somaliland and Somalia to resolve political issues regarding a one-state or two-state solution is to the mainstream of Somalilanders, the epitome of hypocrisy.

Redefining approaches need to be more pragmatic and sensitive to the stability of the whole region. Somalilanders argue that international community leverage cannot be used to emasculate the will and the political rights of the people of Somaliland.

Some analysts point out that there was a clear role for the United Kingdom to rally international community presence at the talks to prevent what we see now as an arbitrary, repeated violation of agreements reached on the part of Somalia.

As a result, scattered meetings have taken place in London, Dubai, Djibouti, Ankara, and Istanbul from 2012 to 2015. Turkey, mostly hosted, the key direct talks between the two sides in both Ankara and Istanbul in the years 2013 to 2014. The sides reached an understanding on several critical issues such as the co-management of airspace control and revenue-sharing.

But due to the absence of moderating international community pressure, Turkey failed in its moral obligation to hold Somalia accountable to the agreements. The combination of Somalia’s abnegation and the silence of Turkey maintained Somalia’s heavy-handedness effectively whittled away any trust in Turkey and/or the reliability of the international community as objective moderators.

Somaliland, however, still insists that international mediation is the only way forward for recommencing dialogue. Thus far, Turkey, again, and Sweden have shown full commitment to the resumption of result-based talks. Somalia, on the other hand continues to litter seemingly insurmountable hurdles for a proper resumption of the talks in the near future. For one, it has started naming Somaliland-born members in their team of negotiators.

Somaliland denounced “the National Committee for reconciliation” that Somalia President appointed in July 2019 for the talks. Somaliland’s argument is based on that aborted union of two sides is legally indisputable that British Somaliland was an independent country before it ventured into a failed merger with Italian Somalia in 1960. At the macro-level, the Somaliland-Somalia talks would, it is hoped, find lasting solutions in the spheres of current dilemma.

A lasting solution will be of great impact to the peace, stability, social and economic development in this region.

Mohamed A. Mohamoud – Barawani is a PhD candidate and expert in the Fragile States, Governance, and Elections