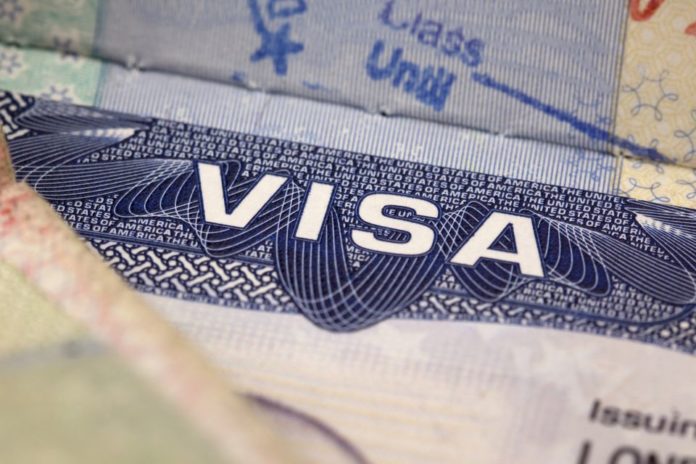 Horndiplomat-US Department of state added their visa category on Somaliland Document after they reveal a better system on record keeping.

The US government says that documents from Somaliland, such as birth certificates or other documents, should be given due consideration because their registration process is better than in Somalia.

“Comments: The autonomous region of Somalia known as Somaliland has a better system of record keeping. If an applicant has a document from this region, they should submit a copy of that document in addition to a sworn affidavit.”

“If the interview is at US Embassy Addis Ababa, please acquire a birth certificate from the Somali Embassy in Addis Ababa and bring it to their interview. Applicants do not need to submit the Somalian Embassy issued document to NVC as part of their immigrant visa processing.” 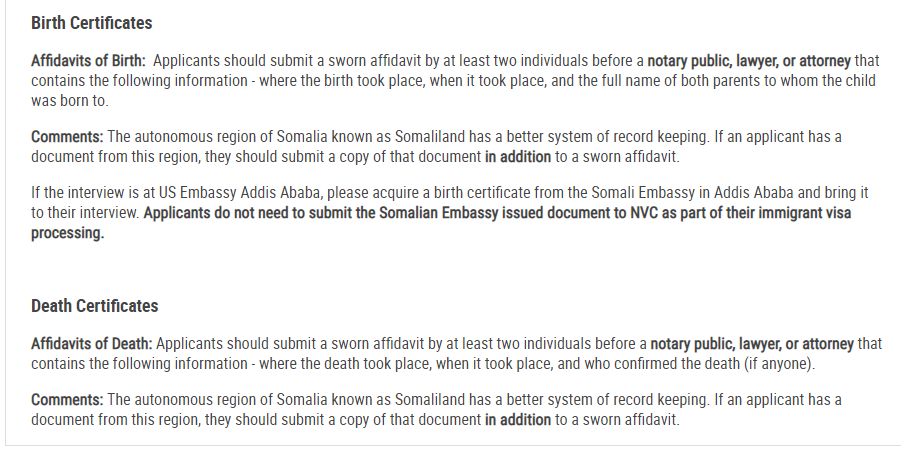 On FEBRUARY 18, 2016, The United States has added Yemen, Somalia and Libya as “countries of concern” under its visa waiver program, the U.S. Department of Homeland Security said on Thursday, in a move that will make U.S. visa procedures more stringent for individuals who have visited those nations during the past five years.

The new restrictions were imposed under a law passed after the November 2015 attacks in Paris attributed to Islamic State. Citizens of U.S. allies who previously had been able to travel to the United States without first obtaining a visa now will have to apply to U.S. consulates for such visas if they have travelled to those designated countries in the past five years.