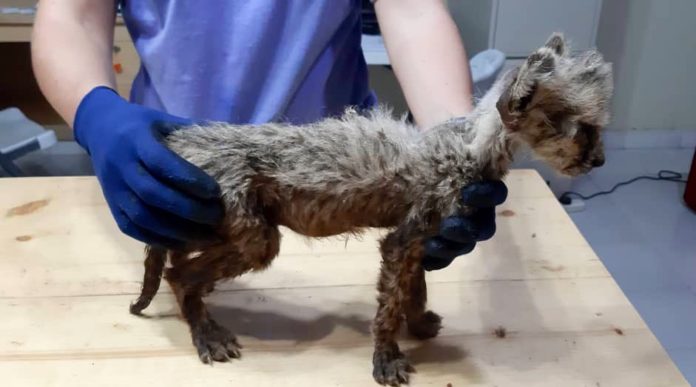 Horndiplomat- Somaliland  Ministry of Environment and Rural Development announced the took possession of 12 cheetah cubs confiscated from a boat off the Somaliland coast on Friday.

The cubs were intercepted by the Somaliland military and recovered in plastic hampers in deplorable condition. 4 died shortly after being confiscated. They’re only about 2 months old.

“yesterday 12 cubs were confiscated from a boat off the Somaliland coast. The cubs were in plastic hampers and in extremely poor condition. 4 died shortly after being confiscated. They’re only about 2 months old, very weak, and their prognosis is not good. STOP this trade.”CCFCheetah said on Twitter

“12 cheetah cubs have been rescued and taken to our Somaliland safe house for care. We need to stop this #illegalwildlifetrade before it’s too late for cheetahs to recover. Fingers crossed these beautiful cubs respond to their care.”

Over the past six months, the Cheetah Conservation Fund has seen a lot of illegal wildlife trade activity in Somaliland. Three cubs were confiscated on February 19th and are currently being cared for their safe house in Hargeisa. The cubs were extremely young for being away from their mother at about 6 weeks old but are recovering, although young cubs will often become ill in spite of the best care.

On July 20, The orphaned cubs were confiscated in Somaliland, an area known as the main transit route for cheetahs trafficked out of East Africa, according to a statement by Global animal welfare organisation Four Paws and the Cheetah Conservation Fund (CCF).

The organisations are calling for donations to assist with the care of the cubs.

The cheetah pet trade is thriving due to the high demand for wild animals as status symbol pets, particularly in the Gulf States, according to the statement.

Research by CCF indicates an estimated 300 cheetahs are poached and smuggled into the Arabian Peninsula each year, to be sold in the illegal pet trade. There are fewer than 7 500 cheetahs in the wild today, although there was a population of 100 000 a century ago.