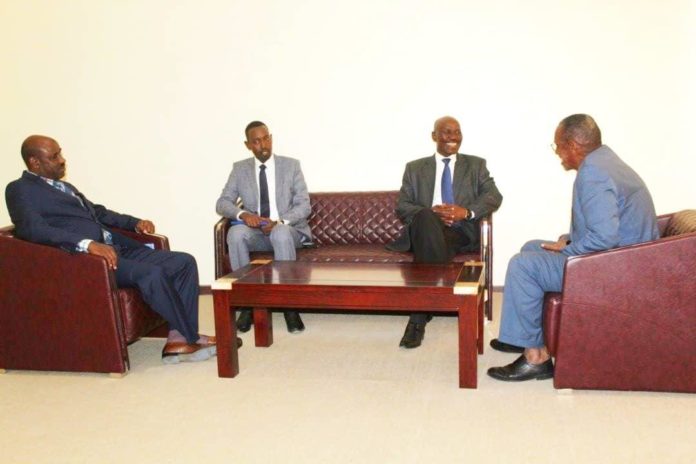 The following statement was issued today by the Somalia Ministry of Foreign Affairs.

On Sunday (June 30th), the Ministry of Foreign Affairs and International
Cooperation summoned the Ambassador of the Republic of Kenya to the Federal Republic of Somalia, Lt. General (Rtd) Lucas Tumbo, and handed him a Protest note against an offensive tweet by the Principal Secretary of the Ministry of Foreign
Affairs of Kenya, Mr. Macharia Kamau, on 27 June 2019.
We consider this tweet an affront to Somalia’s sovereignty, unity and territorial integrity as well as harmful to the relationship between Somalia and Kenya.
Somalia stands for good-neighborliness, mutual respect and close cooperation with its neighbors, and expects the same from Kenya.According to Somalia MFA

The two discussed issues of mutual interest between the two countries and ways of strengthening cooperation.