The councillor, whose mother fled to Britain from Somaliland when he and his siblings were children, becomes the first Somali origin politician to be elected to the European Parliament.

Magid was one of six MEPs elected for Yorkshire and Humber tonight, with three seats going to the Brexit Party, one to the Lib Dems, one to Labour and one to his Green Party

Magid, who won a seat for the Green Party in Yorkshire and Humber and is also known as Magic Magid, tweeted: “We did it. Today is about a Green Wave cascading through Europe & landing on the shores of Yorkshire for the first time. We’re just getting started. 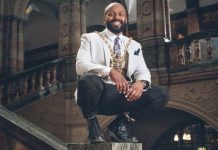 Hamas and Israel: Can they do a deal? – UpFront