“We stand today with the people of Rwanda in commemorating the 1994 genocide during which 800,000 men, women and children were brutally murdered. On this Solemn occasion, we remember those who lost their lives and honor the courage of those who risked their lives to save others.”Said Amb Awil

“Somaliland people are inspired by the remarkable progress Rwanda has made in rebuilding since 1994. We are proud of Rwanda as it continues to fight impunity for atrocities, lift millions of its people out of poverty, and build a peaceful and prosperous future for its citizens.”Said Amb Awil

On the Other hand, Somaliland Representative to Kenya Amb Bashe Awil Omer meets with Austrian Ambassador to Kenya Christian Fellner. 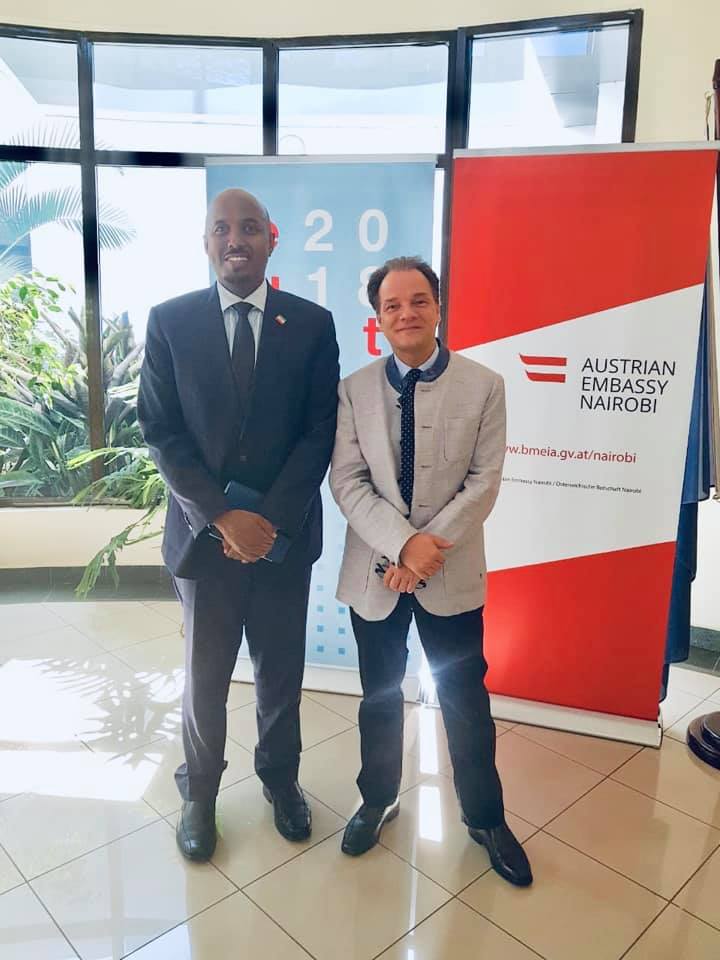 The two sides Discussed various issues on how the Government of Austria and the Somaliland Government can strengthen their partnership on areas of mutual interests.

When Somaliland appointed Bashe Awil Omer a year ago as its new envoy to Kenya as it aims to cement the growing relations between the two countries.