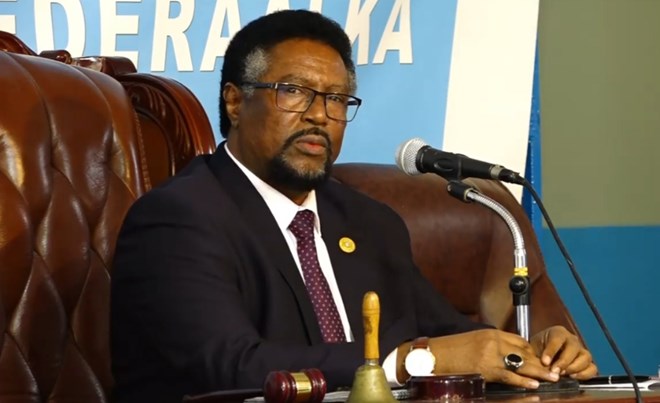 The Finance Minister, Dr Abdirahman Beyle in a speech at the Parliament, denied corruption allegations levelled against his ministry.

“ I am being accused of corruption by some MPs whom I refused to give preferential treatment in awarding government contracts” Dr Beyle said.

The Parliamentary Speaker urged the Finance Committee to send the report on the alleged corruption by the Finance Ministry through the right channel.

This instruction points to a procedural flaw in the manner the Finance Committee disseminated the report on government finances.

The Speaker didn’t mention if the Finance Minister’s blackmailing allegations against some MPs merits further investigation.

The Finance Committee members have obligation to interview people accused of corruption to establish facts. If committee members have skipped this procedure the reliability of their conclusions could be called into question. Some commentators have described the Speaker’s intervention as a blow to the executive branch. The Federal Parliament of Somalia will find it hard to put corruption allegations and counter allegations under the rug.
Mohamed Duale, Editor-in-Chief, Horn Diplomat Email:Duale@Horndiplomat.com