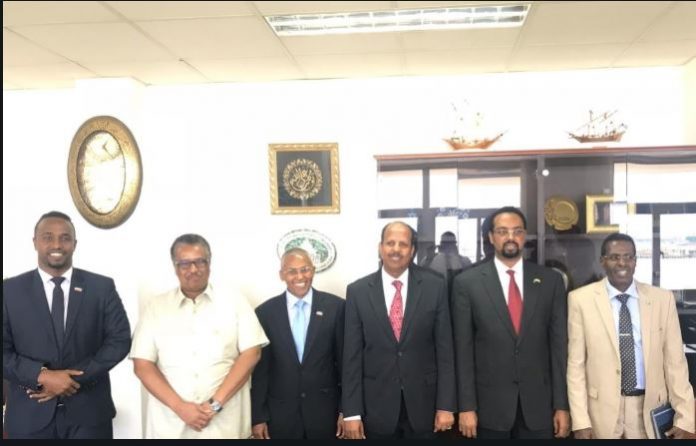 Somaliland Minister of Foreign Affairs and International Cooperation Accompanied by the Director-General Abdinasir Ahmed Hersi meets his Djibouti counterpart in Djibouti as he pushes for stronger diplomatic ties between the two countries.

During their meeting, the two Ministers discussed geopolitical and regional security and ways of strengthening diplomatic relations between the two nations.

Somaliland representative to Djibouti Ambassador Abdifatah and Abdiwahid Abdiqadir were also in attendance.