Horndiplomat- 11 October 2018: Construction work on the development of the multi-purpose Berbera port in the Republic of Somaliland has started with a special ground-breaking ceremony to mark the occasion.
H.E. President of the Republic of Somaliland, Muse Bihi Abdi and DP World Group Chairman and CEO Sultan Ahmed bin Sulayem launched the first phase of work and thanked attending government officials and partners for their support at the start of a new era of growth for the country.

The first phase will consist of building a 400-meter quay and 250,000 square metre yard extension as well as the development of a free zone to create a new regional trading hub. DP World Berbera, the joint venture company, will also serve landlocked countries in the Horn of Africa such as Ethiopia which has a 19% stake in the project as a shareholder.

DP World Group Chairman & CEO Sultan Ahmed bin Sulayem, said: “This event is a landmark in the history of Somaliland and for DP World. We are delighted that construction work has begun and over the next few years we will see a transformation in the capacity of this major infrastructure asset that will benefit people both here and across the Horn of Africa, providing an alternative gateway to international markets and providing jobs to the people of Somaliland.
“This is all part of our vision to act as an enabler of trade and to encourage growth by helping African countries develop their economies with access to global markets. Investment in this natural deep-water port and free zone will act as a catalyst for the growth of the country and the region’s economy and create jobs at many levels. Alongside physical assets we are investing in the development of the people who work here through training and skills development across our network. I’d like to thank the Government and the people of Somaliland for inviting us to be a long-term partner in the future of their nation.”

President of Somaliland Muse Bihi Abdi, said: “Today is a historic day as we mark another major milestone in the development of our economy and by investing in our infrastructure we will be able to grow for the benefit of our people, the region and beyond. Connecting to landlocked countries such as Ethiopia and the rest of the region will reinforce the firm relationships that now exist and make Somaliland an important player in regional economic integration and growth. The importance of the Port of Berbera as a Red Sea gateway for the Middle East and Africa can now be realised, unlocking our potential as a trade hub and creating jobs across the country.” According to Dp World Media 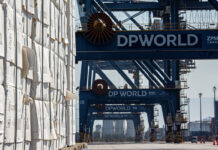 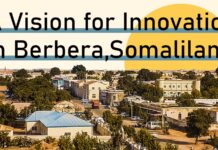 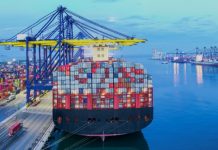