Garowe 12 August 2018 – Twenty-five law students following a scholarship programme sponsored by the United Nations Development Programme (UNDP), with funding from the European Union, were among those receiving Bachelor of Law degrees from Puntland State University this month. Four women were among the scholarship students. Launched in 2008, the UNDP scholarship programme at Puntland State University works to provide opportunities for young people from low income communities to enter the legal and justice professions, as part of ongoing work by the Somali Government, supported by the UN, to increase the number of qualified lawyers, prosecutors and judges in the country.

The graduation ceremony was attended by the Prime Minister of Somalia, Hassan Ali Khaire, who recieved a certificate of recognition for his leadership role and work in promoting rule of law, justice and security in Somalia.

In his key note address the Prime Minister reiterated his Government’s commitment to building national capacity through education, and advised the graduates to continue to strive to reach their goals. “It is the responsibility of every Somali person to meet changing trends and be very competitive. Put your innovative ideas to use in this country and be proud of your contribution,” he said.

The Vice President of Puntland, Abdihakim Abdullahi Camey; the Puntland Minister of Education, Abshir Aw Yusuf Issa; and the Head of Puntland Area Office for UNDP, Mr. Sayed Sahibzada also attended the event, along with members of both Federal and Puntland Parliaments, civil society representatives, families of students, and women’s groups.

The Puntland Vice President, Mr. Abdihakim Camey, congratulated the graduates on their accomplishment and highlighted the benefit such programmes have for Puntland. “Graduates brighten Puntland’s future as well as raising the status and reputation of their university,” he said.

Mr. Sayed Sahibzada, Head of UNDP’s Puntland Area Office, said the partnership between UNDP and Puntland State University has improved the justice sector in Puntland and encouraged more women to enter the sector. “The number of female lawyers has increased in the last five years, which means that there is a greater female presence in the justice sector and in the legal profession. And for the first time in Puntland, 7 women were appointed as female regional prosecutors in 2016.”

Mariam Hassan, one of the scholarship programme students, says she hopes to use her degree to help vulnerable communities in Somalia. “I hope to contribute and elevate the standard of legal services to the people of Somalia, particularly services provided to women and the most vulnerable in society” she said. “I am delighted to have graduated.”

As part of its work under the United Nations Joint Rule of Law Programme, UNDP supports the Government to build independent and accountable justice institutions in Somalia, and to increase the number of qualified professionals in the justice and legal systems. In 2018, with funding from the European Union, UNDP is supporting over 130 law students across Somalia through scholarship programmes, including scholarships for students from new federal member states. 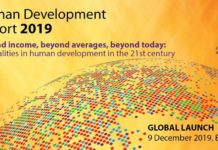 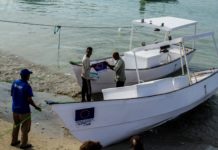 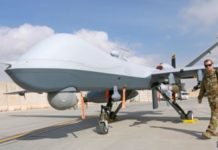 Airstrike Kills Deputy Leader of IS in Somalia 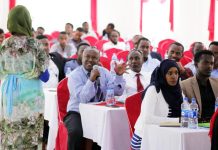