On August 2, 2018, a London Court of International Arbitration ruled against the Government of Djibouti in its dispute with the DP World Company, based in Dubai. This ruling ended a long dispute between both sides starting in February 2018, when the government of Djibouti seized control of the Doraleh Container Terminal, the biggest such terminal in Africa, forced the DP World employees to leave the country and tried to terminate the concession agreement for 50 years that was granted to the company in 2008.

Instead of resolving the dispute between the two sides, the court ruling has only deepened it further. Following the court ruling, DP World said that the court has confirmed the illegitimacy of the act of seizure, that the concession agreement for the terminal remains valid and binding and that now it will review its options. However, the Government of Djibouti declared on August 3, 2018 that it does not recognize the ruling and said the only way to resolve the dispute is through a compensation payment to the company.

To make things even more complicated, it should be mentioned that at the beginning of July 2018, Djibouti inaugurated the Chinese-built International Free Trade Zone, which includes the Doraleh Container Terminal. Following this development, DP World warned the Government of Djibouti that its illegal seizure of the facility does not mean that it can give the right to a third party to violate the terms, according to which DP world enjoys exclusive management rights.

This puts the UAE in a direct collision path not only with Djibouti but even more importantly, with China. In addition, the relationship between Djibouti and Somalia has been strained recently following the statement of the Somali President, Muhammad Farmajo, on July 30, 2018 that the U.N. sanctions on Eritrea should be lifted. Djibouti, reportedly, returned its ambassador from Mogadishu and has highly criticized Farmajo while the Somali main parties and the Somali former President, Hassan Sheikh Mohamud, also criticized him and asked him to apologize to the President of Djibouti.

Therefore, Djibouti finds itself in the eye of a regional and international storm which reflects the fact that Djibouti is located in the middle of two main struggles taking place in the Red Sea Basin because of its strategic location on the Bab al-Mandab Straits and its proximity to Somalia and Yemen, the two main sources of instability and threat to the international commercial shipping in one of the busiest sea routes in the world.

The first struggle is between world superpowers such as the U.S., China, India, Russia, France, etc. for hegemony and influence in the Indian Ocean and also in the Gulf of Aden and Djibouti in order to safeguard the international shipping vis-a-vis the threats on it. The other struggle is between regional powers, such as Saudi Arabia, the UAE, Qatar and Turkey who regard the African coast of the Red Sea as a security zone in the framework of the war in Yemen and safeguarding the shipping lanes. Both struggles have common characteristics, i.e., either establishment of military bases or leasing and managing ports in the Red Sea Basin.

In addition, Djibouti regards the peace deal between Ethiopia and Eritrea and the resumption of diplomatic relations between Somalia and Eritrea as an act of revenge by the UAE with the end result of isolating it and depriving it of the Ethiopian cargo and merchandise which will go to the Eritrean ports of Assab and Masawa instead.

So, Djibouti fells that it is threatened by the peace and normalization processes in the Horn of Africa. Djibouti expected that after Eritrea signed with Ethiopia on a peace deal and the end of war between the two countries, it will be the next on line. Therefore, the fact that the next on line was the Somali President was shocking for Djibouti and has raised possibilities of collusion against it headed by the UAE.

The good news is that no one really wants to escalate the situation further – neither Djibouti nor the UAE, China, the U.S., Eritrea, and Somalia. So now the resolution of this crisis depends on Ethiopia, which is going to mediate between Djibouti and Eritrea and on the ability of China, the UAE and the U.S. to resolve their issues.

Dr. Moshe Terdiman is an expert on the Red Sea Basin and is the director of the Research of Islam and Muslims in Africa, a senior consultant on environmental security in Green Compass Research & Consulting as well as a research fellow in the Forum for Regional Thinking and in the Ezri Center for Iran and Persian Gulf Studies 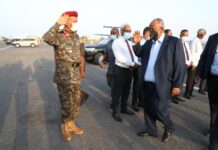 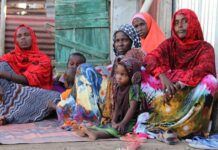 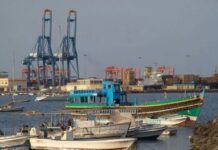 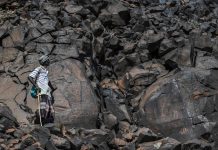