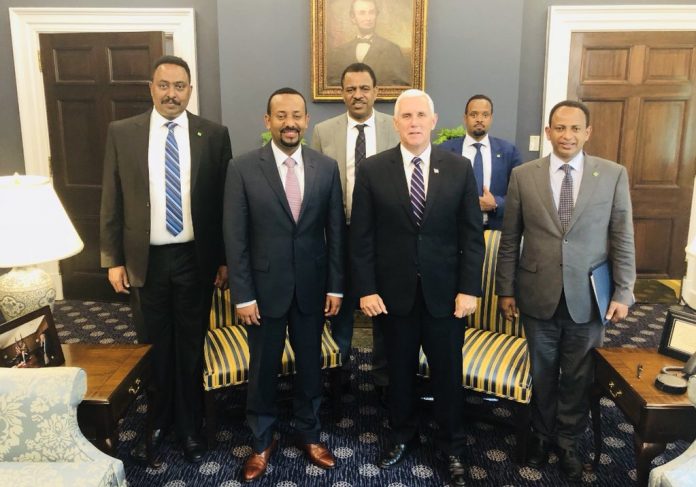 “Honored to meet with Prime Minister Dr. Abiy Ahmed of Ethiopia today at the @WhiteHouse. I applaud his historic reform efforts, including improving respect for human rights, reforming the business environment, and making peace with Eritrea.” Said US Vice President Mike Pence 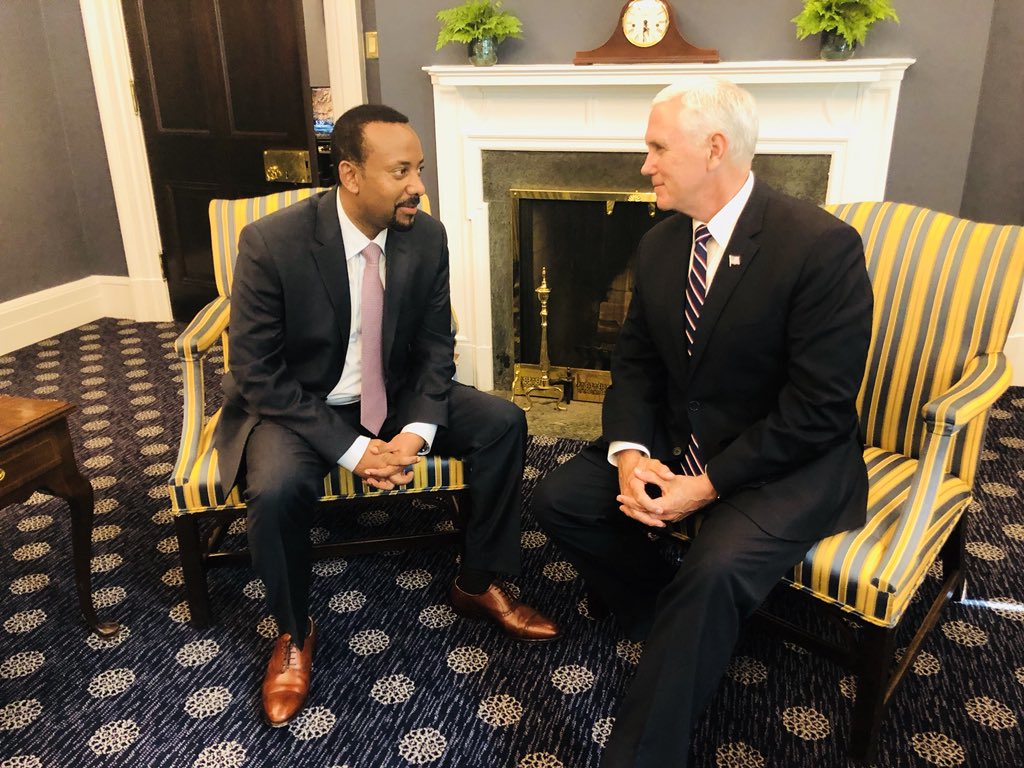 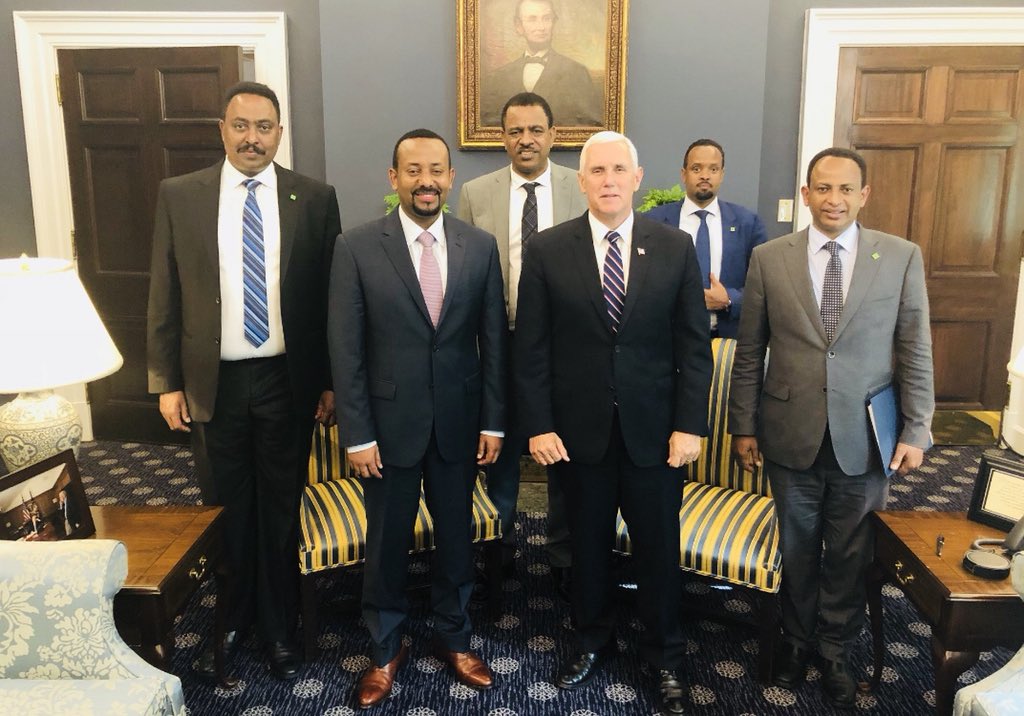 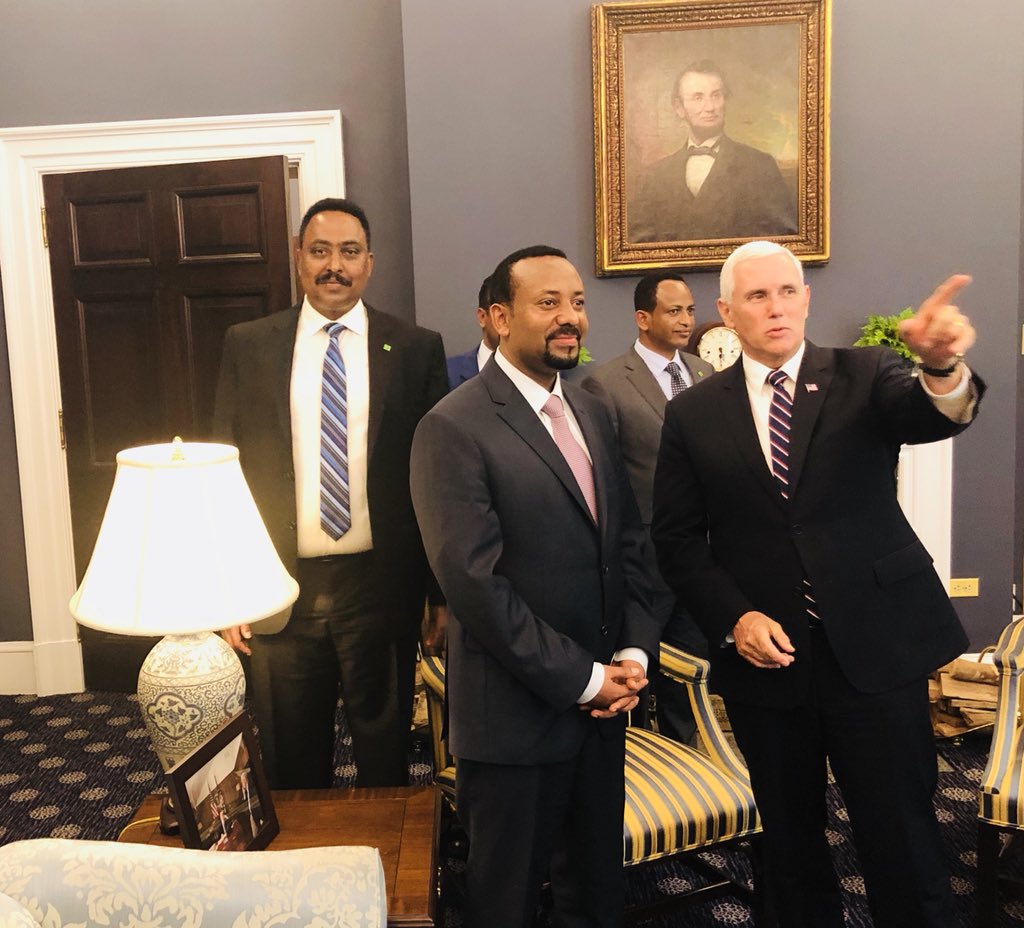 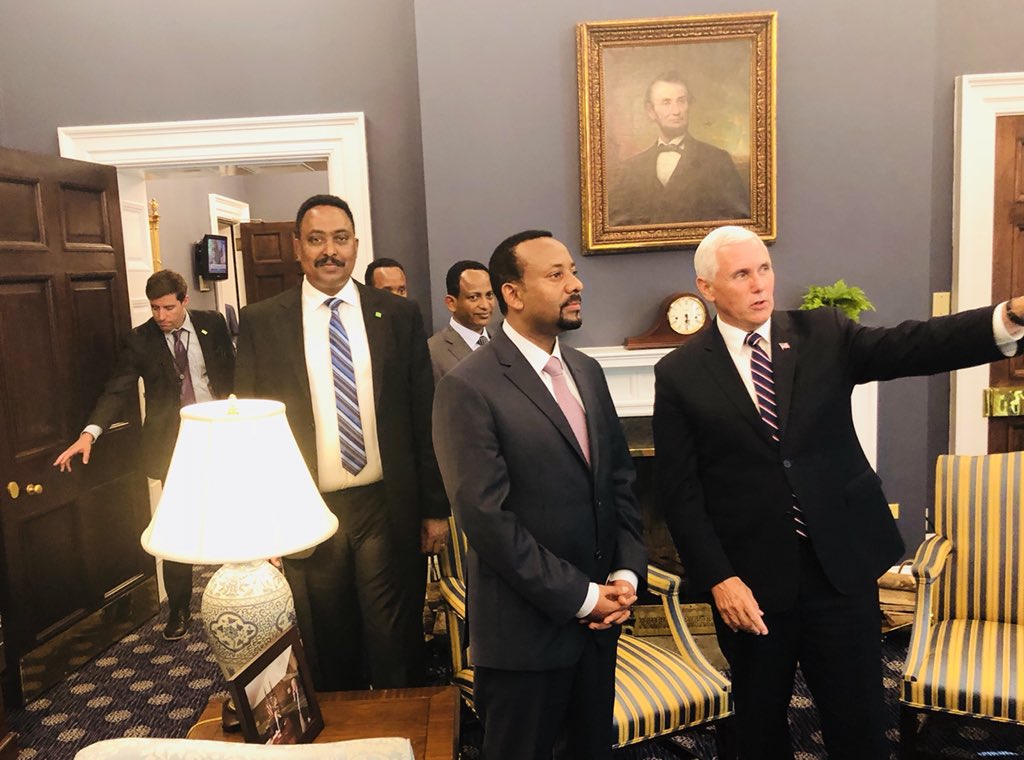