Hailemariam Desalegn’s snap resignation as prime minister last month set off a dramatic chain of events in a country that has seen mass protests for several years, putting pressure on the coalition’s 27-year-long grip on power.

Ethiopia’s ruling coalition is due to meet on Tuesday to elect a new prime minister.

A growing protest movement since 2015 has put pressure on the coalition’s 27-year-long grip on power. 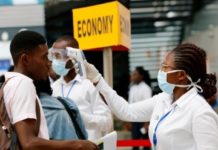