Somaliland schooling standards have undergone unpredictable situations since it reclaimed its independence from the rest of what was formerly known as a Somali Democratic Republic in 1991, it seems that a cross section of younger adults are growing up without access to high quality standards of the basic education.  A higher standard of educational quality is indispensably necessary for the “future posterity” of any nation in the world; schools are the industries that could produce tomorrow’s future leaders.  Nations in the world whose governments have made swift economic miracles are those who had modified the systematic approaches to their educational standards.

In recent years, the number of educational establishments has increased to a great extent that is beyond the limit. Much to our sorrow, the majority of these schools could not provide with the type of the educational norms essentially required to offer our children mainly due to a lack of solid trainings of an educational enhancement on the part of our teachers, coupled with a scarcity of educational infrastructure. In addition, two parallel contrasting systems came into existence, a public educational system formally controlled by the government, and a relatively stronger private educational system run by privately owned individuals, each system belongs to its own curriculum and cultural behaviors, too, as there are no other means of educational guidelines to be followed.

As usual, the government of Somaliland tacitly approved that each student has to pass the secondary examination as part of student motivation; as a result this has contributed to the dramatic decline in the quality performance of our national educational strategy. Primary education is the benchmark where student’s base of knowledge acquisition starts in the formative years of childhood, that means if the student gains a better quality of classroom performances under this grade of education, he will be able to get a chance to easily adjust with all the pre-requisite core courses at any level of secondary step in education and beyond, without further ado. In the context of Somaliland, the primary education has become a neglected issue, where a large proportion of our students frequently secure unsatisfactory records in the examination marks, and the Ministry of Education has not yet found a solution to the peculiarity of this situation due to the fact that the teachers under this category are not well equipped in terms of qualifications, trainings, experience, and teaching methodology as well.

Today, there are two channels of education namely: the private schools and public schools. The private institutions have poached the highly qualified teachers from the public because they could afford to offer an attractive payroll, whereas the public teachers frequently face two harsh scenarios of being “underpaid” and “under qualified”. As a matter of fact, the private schools are relatively more advanced than the public from the perspective of educational standards; even though, they charge higher tuition fees which are too costly to the local ordinary citizens in our country. The outcome of this scenario will involve generational gaps in our homogenous society, in near the future – a tiny “meritocratic elite” with academic excellence, and majority groups who will be virtually “semi-illiterates.” In the light of current circumstances, it is the ultimate responsibility of the government to set up coherent educational policies to overcome these dreadful gaps before the situation has gone into paroxysm of despair.

The number of higher education institutions has increased in the bygone years. Currently, there are around 19 university colleges in Hargeisa with similar academic programs, most of these universities are profit oriented whose main goals are only just how to secure brisk financial gains over our youngsters without offering any tangible educational compensation as a result.

How it is logically possible to give the accreditation of such bogus colleges whereby only two or three higher educational institutions could accommodate the overall requirements of such educational facilities.  A “political expedient” of having a mass production of college graduates with a poor quality is better than having a few numbers of college graduates but with a top notch educational quality. Our College graduates of today could hardly write an application letter of one paragraph in correct English, let alone read a story in any version of English book.

How to upgrade our educational system? 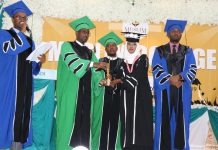 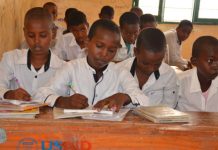 Somaliland: School enrollment on the up and up! 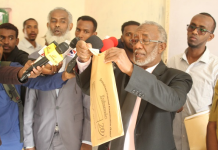 Somaliland shuts down schools until after Nov. 13 presidential elections