A regional court in Borama sentenced the two journalists today, 7th January 2018, to two years in jail on charges of “subversive and anti-national propaganda, bringing the Nation or the State into contempt, and bringing into contempt the flag or national emblem of a foreign state”, Abibakar Sheikh Mohamoud, the lawyer of the journalists, told Human Rights Centre. The lawyer said he will appeal against the judgment.

The Office of Attorney General also informed the court that they are planning to appeal, according to the lawyer and sources who were on the court at the time the judgment was delivered.

The charges are linked to articles allegedly published in Xeegonews website claiming that Ethiopian militias are trained in Awdal region, according to the charge sheet. Human Rights Centre was not able to review the alleged article.

According to their lawyer, Mohamed Abdilahi Dabshid, a journalist at Kalsan TV, argues that he does not work and write on Xeegonews website while Ahmed Dirie Iiltire argues that it is not him who published the article in question.

Journalist Mohamed Adan Dirir who was sentenced by the court on 8th October 2017 to 18 months in jail on charges of criminal defamation and publishing false news is also in Hargeisa Prison. The Appeal Court upheld his conviction.

Another three journalists are currently facing prosecutions in Berbera and Gabiley.

“The Constitution and the Press Law are clear. The authorities are not allowed to use the criminal law on media issues. Journalism is not a crime,” he added. 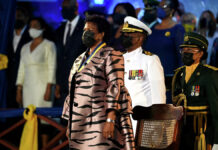 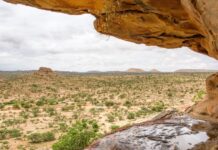 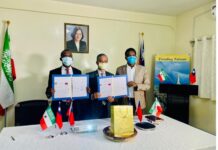