MOGADISHU (Reuters) – The government of Somali will do all it can to pay salaries and buy equipment for its soldiers as it begins to lose international support, the country’s president said on Monday.

The statement came several days after Reuters reported that the United States was suspending food and fuel aid for most of Somalia’s armed forces over corruption concerns.

That announcement was a blow to the military, who will begin losing the support of African peacekeepers when they start to withdraw this month. Islamist insurgents are striking with ever-larger and more deadly attacks in the capital and major towns.

”I hereby certify that if a thing is halted, as a government we shall put effort five hundred percent so that the suspension does not affect anyone, President Mohamed Abdullahi Mohamed said in an address to military officials at the defense ministry that was broadcast on local radio.

”Whether it is salary or equipment, the government will bring what it can, he said. “I am telling you that we should depend on ourselves. We thank the foreigners who were supporting us. If they mentioned criticism, we are required to rectify.”

The president did not mention a specific donor’s support, but added: “If you have someone who is ready to lend you a hand, you have to avoid things that can bring suspicion.”

Reuters reported that the U.S. has grown frustrated that successive governments have failed to build a capable national army.

Documents seen by Reuters paint a stark picture of a military hollowed out by corruption, unable to feed, pay or arm its soldiers, despite hundreds of millions of dollars of support. 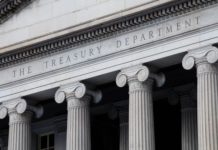