The present Yemen, whose formation dates back to 1990, has had two different historical and political experiences. The northern part of the country was under the Ottoman Empire and gained its independence in 1918; while the southern regions remained under the British rule known as the Aden British Protectorate until it became independent in 1967
(ICG, 2003; Sungtae, 2015). Since independence, Yemen has been trapped into vicious cycles of intrastate conflicts which made the viability of the Yemeni state remain in limbo, while on the other hand Yemen showed poor economic performance with a fragmented governance system which prepared it to be the poorest compared to the other Arab Countries in the Middle East (ICG, 2013a).

The genesis of these multiple troubles has both internal and external dimensions (Barak, et al. 2010). Indeed, over ninety years of independence, in the case of the northern part, Yemen has not yet shown any sustained development with inclusive policies to tackle the multifaceted political and social challenges it faces, while much of those problems has to be blamed to the Yemeni leaders who failed to break the cycles of the social insecurities and political instability existing in Yemen.
Certainly, much of the Yemen’s turmoil has internal root causes such as unequal development, rampant poverty and citizens’ misery, and society driven by tribal politics among other factors that cripple the Yemen’s political and social stability. But, the penetration of the external actors for geopolitical and economic interests has had also a significant and adversary impact for making a viable state in Yemen (ICG, 2003). At the moment, the Yemeni state is the only ill-fated state in the Arabian Peninsula that suffers multiple external interventions which complicated the internal dynamics of
Yemen like Somalia. Since the state collapse in 1991, Somalia has been a victim of external interventions and a safehaven to different actors both in the form of state and non-state (Dirk, 2008; Bjørn, 2009; Bulhan, 2013).

Therefore, Yemen is at risk of becoming another failed state on the other side of the Red Sea after Somalia (Alexander, 2010; ICG,
2015). The political conflict and instability in Yemen has made the complex state institutions that responsibly in providing
social services to the public plus security very fragile and prone to any foreign intervention (ICG, 2003). The present situation in Yemen is not basically the continuation of tribal conflict and prolonged disharmony among the state institutions and the citizens; but it is an outcome of an external intervention both from the region and beyond against the Yemeni state (ICG, 2014; Jeremy, 2015). In the post-Arab Spring, Yemen remained in a state of dilemma and political limbo with an ineffective authority relied on the support of the Saudis and other regional states1.

READMORE Pdf :Yemen: Another Somalia in the Arabian Peninsula

By:Nasir M. Ali
Academic and political writer on the Horn of Africa and the Middle East
Addis Ababa, Ethiopia
Email: nasirmali [AT] yahoo.co.uk 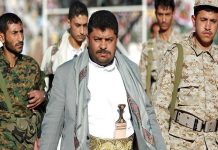 Another Heavy death toll from a conflict in Eastren Ethiopia 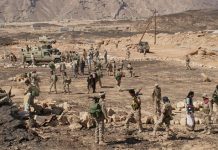