The Port of Berbera’s future may depend in part on the results of Somaliland’s upcoming presidential election. Opposition party candidate Abdirahman Irro has criticized the current government’s $440 million deal with DP World for a 30-year lease on the port, and he has promised to review the agreement – along with other privatization efforts – if he should win the election.

“Our party is welcoming of all investment projects in Berbera, but investment deals shouldn’t be conducted under the table,” Irro said. “We promise to review all the deals that were signed by the [current] administration.”

Faisal Ali Waraabe, the candidate of incumbent party UCID, is broadly supportive of the port concession and the economic opportunities it brings. “The port will be expanded and upgraded, we are currently entering the first phase. The second phase of its expansion will follow,” he said in a speech on November 2. “When I am elected president, I will complete these projects for you all, god willing.”

On November 6, one week before election day, DP World announced that it would invest in the development of a four square kilometer free trade zone at Berbera, which will be modeled on its own Jebel Ali Free Zone (Jafza) in Dubai. The proposed Berbera Free Zone (BFZ) would target a wide range of businesses, including warehousing, logistics, import/export, manufacturing and related industries. The details of the BFZ would be negotiated with Somaliland’s new government after the elections.

DP World said that under its management, container volumes at Berbera have hit record levels. In September, the port posed a 40 percent increase over the same period last year. DP intends to continue its investments in its Berbera master plan, including an additional container terminal. It has already purchased two reach stackers, 10 internal transfer vehicles (ITVs) and five forklifts to the port. In a statement, the firm said that the first new cranes are scheduled to arrive next year. 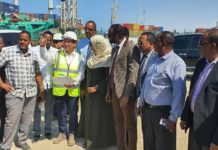 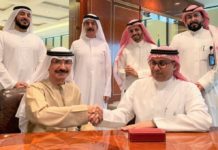 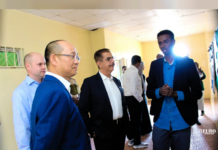 DP World announces a partnership with Abaarso School in Somaliland 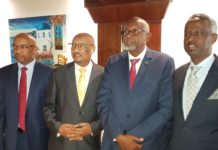 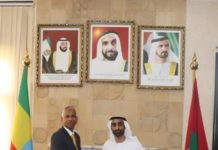