Lewis Center, Ohio–Monday, November 13, the voters of Somaliland will go to the polls to elect new leader. It will be the second time since 2010, an elected leader to hand over power peacefully to another one. It will also be the first time an incumbent President, in this case Ahmed Silanyo, decided not to run, which is very rare in the unstable Horn of Africa region.

Three candidates are competing to win for the November election: So far, the front runner is Muse Bihi, the incumbent Kulmiye party. Abdirahman Irro, former speaker of the Parliament, Wadani party; and Feisal Ali ,welfare party, are trailing behind him.

For those who do not know about Muse Bihi, he is a patriot, a decent family man, and a well-qualified public servant. In the early seventies, he graduated (top 5% of his class) from an aviation academy in Russia as a navigator for the Sukhoi bomber aircraft. He went for further military leadership training in United States. He started in the Somali Air Force as Lieutenant and left the service as Colonel to join Somali National Movement, a rebel group, fighting against the oppressive Somali military regime.

In the 1980’s, when the Marxist despot Siad Barre used the Somali army to complete the works of death, anguish and tyranny against Somaliland people, Bihi and his few but brave fellow junior and senior military officers took up arms and went to the trenches and bushes to fight for the liberty that we have today. Thomas Jefferson, one of the founding fathers of the United States, in the Declaration of Independence said, “… All tyranny needs to gain a foothold is for the people of good conscience to remain silent.”

Somaliland owes Muse Bihi and his comrades, some of whom paid the ultimate price, a debt for their sacrifice and service in the struggle to free Somaliland from corrupt and murderous regime. In fact,he was wounded twice fighting for Somaliland.

When Colonel Bihi stood up for our rights, and was fighting pitched battles in the narrow, bloody alleys of Hargeisa against a savage enemy, by stark contrast, Irro was sifting files at now defunct Ministry of Foreign Affairs of Siad Barre, and was living comfortable live in Mogadishu and Moscow. While Abdulqadir Jirdeh, former deputy Speaker and acting Wadani party Chairman, was sipping a glass vodka or Whiskey at Lido and Labamba bars in Mogadishu.

Muse Bihi has never been in any Somaliland administration for two decades. in early 90’s, he only served interior secretary under Igal administration. During that period, he was instrumental for the demobilization programs for the militias, reconciliation process, and restoring basic government structure that still functioning in our country.

When a pluralistic democracy was introduced in Somaliland, in 2002, Muse Bihi used his military leadership skills to run a political party. He waged an effective campaign that helped Silanyo to win the 2010 presidential election.

Even when there was a dispute over Kulmiye party’s presidential nomination, Muse Bihi was patient and never quit or undermined the unity of his party. Unlike Irro, he is not a quitter.

During his 12 years tenure as the speaker of the parliament, Irro was AWOL.His legislative record was dismal. He was wrong on engaging the weak Somali government when the pillar of its so called constitution states that “Somaliland is region of its territory.” His inept and failed leadership to run the parliament makes him unqualified to lead our nation.

Moreover, his disastrous performance on presidential debate revealed that he is not up to the job of being president.

Irro and Jirdeh run Somaliland Parliament for over two decades. What have they done to improve the lives of ordinary Somaliland people, especially those who are living abject poverty?

Somalilanders are sick and tired of the attack and smear campaign that have been conducted by Irro and his political panhandlers. We are tired of his weaknesses.We are through with Irro’s deceptions, lies, and empty boasts about his career at now defunct Ministry of Foreign Affairs of Somali Republic.There is nothing impressive about being a bureaucrat for Siad Barre’s rogue regime for two decades.

I know Muse Bihi is not a perfect candidate; No candidate does. But the choice we have now; he is the best and safest choice. No matter what the opinion that you have on his record, Muse Bihi understands the role of a leader: taking responsibility, listening, working with other people to find solution to our country’s problem.He also knows Somaliland’s unique role in the volatile Horn of Africa region;Erro does not.

Muse Bihi will champion the interest of Somalilanders.He will be tough on the highly politicized and corrupt United Nations and the NGOs(secular and religious), who are running a parallel government inside our country;Irro will not.

Somaliland is at crossroads.Its challenges are enormous and it would take generations to transform it.This young nation needs a candidate like Muse Bihi who not only understands how national security is vital to our nation, but has the experience to protect it.Taking a chance with a buffoon, untested and weak candidate like Irro is reckless and dangerous, and it’s a choice we can’t afford.

To me, the November election is not a choice between two parties or clans. It is a choice who is better qualified to lead Somaliland: better protecting the country, better bringing people together, better addressing the most pressing issues of Somaliland, the crushing poverty in our society,recurring droughts, our broken judicial system,providing basic services like water and electricity, healthcare, land reforms, and equitable tax laws.

Ultimately, this November voters will go to polls to decide who would be the next president, in a free and fair election.

I have no doubt in my mind that Muse Bihi, who contributed the freedom that we are exercising, is the right choice this November. We should put aside our petty clan, party or other differences, and let’s elect Muse Bihi as the next president of Somaliland. Muse Bihi has been tested on pitched battles and on political battlegrounds, and he has what it takes to be a president: courage, integrity, and honor.

Ali Mohamed, you can reach him@ aliadm18@gmail.com 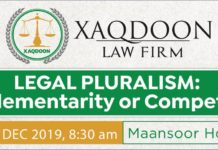 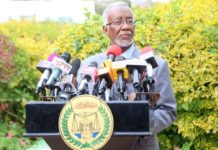