It’s hard to not to imagine myself into those flats, in the days and hours before the fire. To not imagine the stacks of wedding clothes, jewelry and new-home paraphernalia at the home of Hosna Begum’s family, as she prepared to marry her fiancé and move away, or the unpublished poetry kept safe in the notebooks of 84-year-old Sheila Smith, or the jumble of African art and English pastoral kitsch that Mary Mende collected, and which amused and inspired her daughter, artist Khadija Saye. Their flats formed autonomous but interconnected cells in the 24-storey Brutalist tower block, which had been built to last centuries according to lead architect, Nigel Whitbread, its bulky, colossal design a reaction to the collapse of Ronan Point in 1968. Grenfell Tower soared over North Kensington: the restless Westway to the north, the mammoth Westfield Shopping Centre to the south, and the private gardens of Notting Hill to the west. The structure dominates the skyline and must have been gifted divine sunrises and sunsets, golden light pouring unhampered through the broad windows.

I grew up in the shadow of buildings like Grenfell Tower, in the Alton Estate in Roehampton, a grade-two listed conservation area built in the 1950s by the London County Council, where white-brick 12-storey “point” blocks seem to march from Wimbledon Common to Richmond Park. Its first inhabitants were East Londoners who had survived the Blitz and wanted out of squalid privately owned slums. To build this new utopia the council put Compulsory Purchase Orders on the genteel mansions and villas that had once housed aristocrats and notables such as William Pitt the Younger and Dante Gabriel Rossetti. Their landscaped gardens were kept intact, and mature oaks, willows, and pines were built around rather than uprooted to establish one of the largest estates in the country. Bungalows for the elderly, large maisonettes for families, comfortable tower block flats for young couples, gardens and allotments everywhere, vast stretches of lawn, magnolias, daffodils, cherry blossoms. It was an overgrown toy town with dinky red buses plying in and out of the Georgian “village” with its central horse trough. It brought to life a Marxist ideal of “from each according to his ability, to each according to his need,” and the landowners had been turfed off their playground and now the children of the workers played rounders and picked wild blackberries in their place. It was a beautiful environment in which to grow up but in the eyes of outsiders it was always threatening, problematic. Francois Truffaut used the estate as the setting for the dystopian film Fahrenheit 451, later on it became a go-to location for crime dramas, my friends joke that it is the “village of the damned.” This evolution in how social housing is seen as replicated across the country.

“Hoodies,” “chavs,” and “scroungers,” these are the denizens of council estates, or so we are meant to believe if we accept what we see represented in art, politics and the media. “Barracks for the poor” was the pithy description used in 2009 in one leaked memo from Hammersmith and Fulham Council to justify demolition and inflation of social housing rents. The area around Grenfell Tower is one in which this attitude is most acute. The “desirability” of Notting Hill, Holland Park and Ladbroke Grove, a quality that can mean rents of £35,000 per month for a house, is predicated on a fantasy lifestyle of dainty boutiques, vast disposable income and a workforce that disappears to the periphery at sundown. Where does a woman such as Khadija Saye fit into this picture? Born and raised in London, living with her mother on the 20th floor of Grenfell, living with disadvantages that not even her scholarship to the prestigious Rugby School could ameliorate. She worked as a carer, like her mother, and at the London Transport Museum to survive, while using their two-bed flat as a studio in which to create her art, recounting that she made her “Crowned” series with “zero money, just some black velvet with beautiful friends and family.” It took two years before she found a paid job in the arts, and similarly, I had to work dead-end jobs in shops, hospitals, offices, and libraries before I made any money from my writing. It was a difficult and testing time, and I was often told that I was wasting my education in not pursing a stable, professional career. I had grown up amongst the “upper working class,” with many families purchasing their properties under Thatcher’s Right to Buy scheme, and was raised in an ambitious, immigrant family, by a father who had learnt to read and write in his twenties—for many, but surprisingly not my father, the literary world was hopelessly distant and worthless.

I wrote my first novel in the council house I had grown up in, late at night, when the whoosh of wind through the huge pine tree behind our garden was the only sound. In the daytime I worked as a medical proctor ferrying patient records from one hospital department to another, or in Lambeth Council’s housing department where people in desperate need went unheeded, or in one of the local libraries, sitting behind the issue desk, inhaling one novel after another. Writing became a kind of vocation, that demanded material sacrifice, and I had no experience to tell me that this wasn’t the case for all writers. My childhood in a utopian experiment allowed me to believe that there was nothing contradictory about someone like me becoming a novelist; Black, Somali, Muslim, female, working class. None of these elements felt like hindrances but instead, to quote James Baldwin, “I felt I had hit the jackpot.” But then, Khadija. Khadija, who had sacrificed enough time and imagination to be exhibited at the Venice Biennale, who didn’t have a phone on the night of the fire because it was still held by the police after she had been cleared of a crime, who died because she lived in a dwelling that was not fit for her, or her mother, or her neighbors.

My eight-year-old cousin keeps talking about the Grenfell Fire, he remembers the cries for help and the darkness of the night, he lives on the fifth floor of a tower block and worries that there will be a fire there too. The majority of children living above the fourth floor in social housing are Black and Asian, and all of the children who died in Grenfell were the children of immigrants. Persistent warnings from the tower’s tenants to Kensington and Chelsea Council and the Tenant Management Organisation, complaining that the building was a deathtrap, went unheard and were silenced with legal threats, but the images and sounds of that night are fixed in the memories of many. The inhabitants of Grenfell, the lost of Grenfell, are recognizable to me, their stories too familiar, so the pain I have felt since the fire has been confusingly deep and persistent.

In Saye’s last ever work, “Dwelling: in this space we breathe,” I see within the murky monochrome of the tintype an x-ray, intimate and penetrating, and in the gray skeleton of Grenfell Tower we also probe under the skin, not just the building’s toxic skin but also our society’s. In its afterlife let’s use Grenfell Tower as a warning against the quiet apartheid we live with: the inequality of opportunity, security, and even humanity that is in place from street to street, neighborhood to neighborhood.

The preceding is from the new Freeman’s channel at Literary Hub, which will feature excerpts from the print editions of Freeman’s, along with supplementary writing from contributors past, present and future. The new issue of Freeman’s, a special edition featuring 29 of the best emerging writers from around the world, is available now.

Nadifa Mohamed was born in Hargeisa in 1981 and moved to London with her family in 1986. Her first novel, Black Mamba Boy, was long-listed for the Orange Prize; was short-listed for the Guardian First Book Award, the John Llewellyn Rhys Prize, the Dylan Thomas Prize, and the PEN Open Book Award; and won the Betty Trask Prize. Her second novel, The Orchard of Lost Souls, was published in 2013 and was long-listed for the Dylan Thomas Prize and short-listed for the Hurston/Wright Legacy Award; the novel won a Somerset Maugham Award and the Prix Albert Bernard. She lives in London and is working on her third novel. 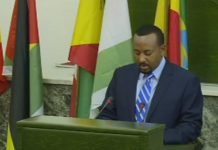 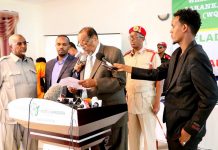 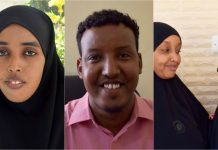 How Are Young People Involved in Government-Led Development in Somalia?