Horndiplomat-Somaliland Presidential election campaign has officially begun on the 21st of October, 21 days before the Election Day which on the 13th of November.

During the 3 weeks of the campaign, each party will have an equal amount of days to campaign, 7 non-consecutive days. Ucid political party had the first day of the campaign and Kulmiye had the second day, they will come the day for Waddani. This will be how the schedule will go till the campaign come to an end on the day before the Election as assigned by the National Electoral Commission (NEC).

The top officials in each party have left for the different regions to campaign and win the support of the voting constituency. Therefore, the campaign is and will not be limited to the capital and the other big cities. The campaign fever has been felt throughout the country down to the village level.

When walking down the roads, you cannot help noticing the colorful flags of the parties waving at the sidelines, the painted walls with the colors of the parties and loud songs coming of support to your way, the chanting of the passionate supporters and the overall captivating energy in the atmosphere.

There are campaign offices in every corner, and these offices are mostly self-organized by the party supporters. The offices for each party vary in number based on the party’s stronghold.  These offices are the most action happens at the grassroots level. They are open most of the day and night and campaigning all the time with a never-ending passion and on their party’s day more than anything.

On the assigned campaign day for each party, private cars of all sizes and buses full of supports with waving the flags of their party are on every street. I will also notice groups of supporters walking out from the campaign offices to the public places where leaders from their parties are to come to address.

Moreover, the security has been tightened during this season of the campaign and there are policemen on the busiest streets and road junctions to make sure that supporter clashes or other security threats don’t happen.

The candidates, on the other hand, have ordered their supporters to campaign in a peaceful manner and to cooperate with the police force as security is a priority. 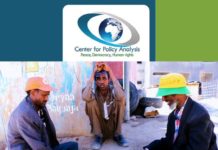 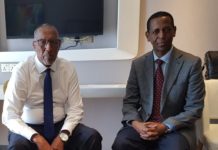