Somalia has received $50 million in new aid from Saudi Arabia but the gesture does not change the central government’s decision to remain neutral in Riyadh’s dispute with fellow Gulf state Qatar, a senior Somali official said on Tuesday.

The money follows a visit to Riyadh last week by Somalia’s president and a string of declarations of support for the Saudi side in the Gulf crisis from Somalia’s semi-autonomous regions, into which Riyadh and its Gulf Arab allies have poured money

However, he said: “There is no need for us to side with one country over the other”. A Saudi government spokesman did not respond to a request for comment.

Saudi Arabia, the United Arab Emirates, Egypt and Bahrain cut diplomatic and trade links – including air and shipping routes – with Qatar in June, accusing it of supporting terrorism, a charge it denies.

Qatar is the world’s biggest exporter of liquefied natural gas and hosts the Gulf’s biggest U.S. military base.

Unlike Saudi Arabia, Qatar is not a major trade partner for Somalia. However, Somali media say Qatar helped finance the presidential campaign of Mohamed Abdullahi Mohamed, elected earlier this year.

Somali neutrality is important for Qatar as Somali air space remains open for Qatar Airways, a critical lifeline against the blockade. Somalia is also strategically located on the Gulf of Aden, one of the world’s busiest shipping lanes.

Somalia’s position is delicate – it relies on significant trade with Saudi Arabia but is increasingly close to Turkey, which is supporting Qatar in the Gulf crisis.

Somali ties with wealthy Saudi Arabia have grown as it tries to rebuild after two decades of war and quell Islamist al-Shabaab insurgents. But Western powers and Turkey remain among the biggest and more prominent donors to Somalia. Turkey opened a military base in Mogadishu on Saturday. [L8N1MB0CN]

Last year, Somalia received a $50 million aid pledge from Saudi Arabia on the same day it announced it was cutting relations with Saudi rival Iran. 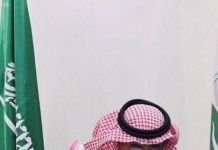 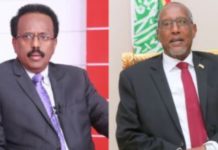