Somaliland and Somalia peace-building process has had some divergent experiences, actors and interventions. The reconciliation efforts in the peace-building initiatives in Somaliland, for instance, did not commence at the time Mohamed Siyad Barre’s regime was defeated.

It was the agenda of the Somali National Movement (SNM) to reconcile the clans which have been engaged in a long period of fighting since 1988-1990. This is subsequently facilitated the restoration of peace and stability in Somaliland. This process has also promoted traditional authorities and political actors to come together at a time the situation was very critical and devastating in Somaliland.

In contrary, United Somali Congress (USC) in Mogadishu Somalia had immediately faced the new cycle of violent conflict, destruction, and retaliations among clans. In fact, these new bloody civil wars were blamed on the USC which were split into two wings one was leading by General Mohamed Farah Aided and other led by Ali Mahdi Mohamed. This has in the onset

This has in the onset portrayed the scale of the problem in Somalia especially in Mogadishu. The international community response to the Somalia crisis contributed to the deterioration of violent conflict that sized many regions in Somalia in the post Siyad Barre period from 1991 onwards. This implies that external intervention in Somalia such as the deployment of peacekeeping forces of the African Union Mission in Somalia (AMISOM) did not bring any solution to the longstanding problems in Somalia.

Therefore, this paper aims to discuss the distinction and modalities between the peace-building process in Somaliland and Somalia and will attempt to raise these questions:
who are the actors involved or leading the initiative of peace -building in Somaliland and
Somalia?; how were the peace-building interventions conducted by considering the historical, social, cultural, religious and political organizations in both regions?; and what lessons and experiences can be learned.?

Read the full article below link: 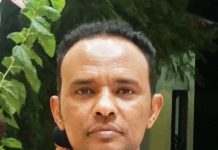 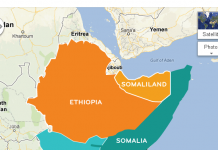 View of geopolitical, economic dynamics in the Horn of Africa 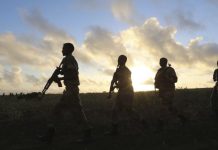 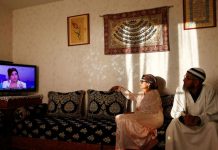