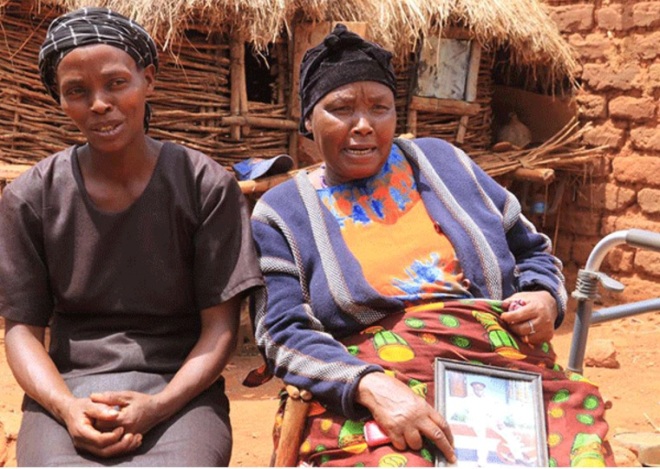 They have been clinging to the hope that their relatives, captured by Somalia’s Al-Shabaab fighters, are alive and well.

But that hope for the soldiers’ families is fading as they are caught between a silent government and the terrorist group across the border.

Day in day out, the families of Dr Leonard Maingi Kiiyo, Mr David Ngugi and Private Alfred Darryl Kilasi hit their heads against the wall, waiting to hear from them or the Kenya Defence Forces.

All they want to know is their whereabouts and if they are well, but the only information they get is through social media.

And it is either videos of their kin crying for help, being tortured or killed.
On August 5, just three days to the General Election, Al-Shabaab posted a video on the internet, reportedly executing Dr Maingi, 41.

The video had the caption: “Last message of POW (Prisoner Of War) Leonard Maingi Kiiyo”.

Just when the video was being made public through shares and retweets, it was pulled down.

What remains are frozen shots.

The video was released alongside a long message to Kenyans, President Kenyatta, the media and the Maingi family.

On August 7, family members called journalists, who initially conducted an interview at their home in Vengea Village, Makueni County, in September last year.

“There are disturbing messages about my uncle and I don’t know if they are true. I am calling to enquire if he has been executed,” a relative called George, said.

Two days before the interview, Al Shabaab circulated a video of Dr Maingi, pleading with the president to negotiate with the group for his and other soldiers’ release.
He also gave details about his home area. That was in September, nine months after his capture.

Family members were in no doubt that it was him.

He looked healthy though he had a long unkempt beard.

Dr Maingi, a member of the Kenya Army Ninth Battalion based at Moi Barracks in Eldoret, was captured by Al-Shabaab fighters when they attacked the KDF camp at El-Adde on January 15, killing more than 100 soldiers.

The exact number killed in the raid, considered the worst in the country’s military history, has never been made public.

In an interview on Sunday, Dr Maingi’s brother, Matthews Kiiyo said the family had not received any information concerning the “execution” of the soldier.

“I did not watch the video but some family members did. I am pained when I see the images on Twitter and Facebook. We are helpless and don’t know what to do,” he said.

Mr Kiiyo added that the family had not received any official communication from KDF, “meaning we cannot plan anything”.

“At this point, you really don’t know what to do. I wish I could rescue my brother or just talk to him,” Mr Kiiyo said, adding that many visits to his brother’s base in Eldoret had not yielded any fruits.

Dr Maingi’s wife Eunice said she could not say anything.

“What I feel cannot be expressed in words. I have dedicated my time to praying for him,” she said.

She has constantly inquired about her husband from the media, which is as clueless as she is.

“The last time we spoke was on January 12, three days before the attack. He told me to pray for him and his colleagues, as they were heading to a dangerous place,” she said earlier, adding that she later learnt her husband had written a message to her asking her to take care of their three children.

His brother said he used to pay school fees for his extended family members and his son who had just sat his Kenya Certificate of Primary Education examination.

The boy is now in Form Two.

The story of Private Kilasi, 36, known at home as Alfred Ndanyi, is not different from Dr Maingi’s.

Family members think the government has neglected him and other Al-Shabaab captives.

Mr Kilasi’s aging parents told theNation on Sunday that the government had not replied to their letter asking for his whereabouts and what authorities were doing to secure his freedom.

Dr Epainitus Kilasi, told theNation at his home in Vigina Village, Vihiga County that the family wrote to the then Interior Cabinet Secretary Joseph Nkaiserry in May seeking the government’s intervention.

The letter was written just days after Al-Shabaab posted the video of Private Kilasi pleading with the president to secure his release.

“We are confused as we don’t know where our son is. We keep telling his four children that the government will bring their father home just to encourage them,” Dr Kilasi said.

He called on the Acting Interior CS Fred Matiang’i and his Defence counterpart Raychelle Omamo to intervene and help end the family’s agony.

A video of Mr Ngugi, pictured with a damaged right eye, is still available online.

The soldier whose rank theNation could not establish asks for help from the government.

Attempts to get the position of KDF regarding the captured soldiers proved futile as their spokespersons were not available for comment. 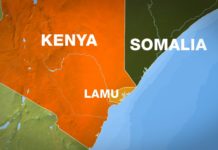