“Nothing is impossible.” These three words are on a plaque that Aliko Dangote keeps on his office desk in Lagos, Nigeria, constantly reminding Africa’s richest man how to approach the world. Dangote, who was worth $12.3 billion as of mid-August, according to the Bloomberg Billionaires Index, is modest in his personal life but bold in business. Presiding over an empire that includes cement, freight, infrastructure, agriculture, and—soon—oil refining, Dangote, 60, possesses a towering ambition that matches the scale of his projects. His Dangote Group has expanded rapidly, spreading into new territory across Africa as well as into new industries. Undaunted by the size and scope of his investments, Dangote, who once lost almost $6 billion in a single year, says he chooses to make daring moves that others would shy away from. Plowing almost $5 billion into sugar, rice, and dairy production and now $11 billion into the construction of an oil refinery just outside Lagos, he says he’s looking to begin investing 60 percent of his business outside Africa starting in 2020. One investment he says he’s keen to add to his portfolio: Arsenal Football Club, a top-tier team in the English Premier League. Not surprisingly, for a man not given to standing still in business, Dangote says that if he played for the club, he wouldn’t be the manager or goalkeeper but rather a striker—someone out there scoring goals.

FRANCINE LACQUA: You’ve made billions in cement—something humans have produced for thousands of years. What did you figure out?

ALIKO DANGOTE: I think actually what I figured out was looking at the entire African continent, especially sub-Saharan, and saying, “What do we actually produce?” What I learned is that the majority of African countries imported cement. The better way, I thought, would be to empower Africa—to meet our own infrastructural needs so that we could be more self-­sufficient.

FL What excited you about the business?

AD It’s not all about making money. It’s about making impact. For more than 20 years, Dangote was just a trading company. Then we decided we wanted to be an industrial giant—and we had to start somewhere. It wasn’t just about cement. It was about industrialization. If you look at what Dangote Group is doing, it’s about improving people’s lives.

FL What does it mean to be an industrialist these days? It seems almost like a job description from another era.

AD I think you need to be very courageous. You have to be bold but also consistent. It’s not very easy to become one, I’ll tell you that much.

FL How would you describe your business to someone who’s never heard of it?

AD We’ve done $18 billion of business in the span of about four years, which is almost unheard of in Africa. Most people don’t know what is happening in Africa or that we’re the first African company to attempt these endeavors—cement, agriculture, and now so much more. Sometimes you meet people, and they look at you and say, “How did this guy get here?” Because if you say, “You are in Africa,” they think Africa is a jungle—that’s the issue. So unless you go and see, you will not believe these things are happening.

FL What opportunities excite you the most right now as a businessman?

AD Agriculture. When you look at it—not just in Nigeria but in the rest of Africa—the majority of countries here depend on imported food. There is no way you can have a population of 320 million in West Africa and no self-sufficiency. So the first thing to do is food security. We have land, we have water, we have the climate—we shouldn’t be a massive importer of food. With modern farming you can get 8 to 10 tons per hectare. I believe Dangote Group is in the right position to drive this trajectory. I expect another 5 to 10 companies to join our efforts in the next year. By 2019 we might be able to actually create about 290,000 jobs in agriculture. And that’s what you can do to empower people, especially those from rural areas.

FL Why hasn’t this been done before?

AD What you have to understand is that in Africa, going back 25 or 30 years, the majority of businesses were actually owned by government. And government has never been good at running any business. That’s the issue we have. Government’s job is not to drive the process. We have entrepreneurship now, and that’s what we are trying to do. We are not as lucky as Asia, where they already had a lot of entrepreneurship dating back generations and caught that wave. In Africa, when you really look at it deep down, we lack the entrepreneurship to match that boom in Asia. And we don’t have the capital markets to help drive the process. But it’s happening, slowly.

FL You’re making a strategic choice to address food security just as climate change becomes more pronounced. How do you keep your efforts from withering?

AD We are following that very closely and are trying to determine what to do. We must protect ourselves. Today in Nigeria, if you look at climate change—which I believe is real—we have never seen this kind of rain. So we are following everything very, very closely, especially sugar and rice, two crops we’re focusing on.

FL And yet you’re in the process of building one of the world’s largest oil refineries. Why oil? Don’t you worry we’ve reached peak oil?

AD Well, you see, the issue is—let me tell you why we had to go into oil. Our strategy was to be an African company. When you look at the other options, it’s really agriculture—and agriculture doesn’t take that much money. We always invest most of our money back into the business, so when we looked at it in 2015 and projected our revenue for the next few years, we looked at what we had left after investing in fertilizer and realized we still had billions of dollars we could put somewhere else. The only place we could invest that much money was in the oil and gas business. So the refinery takes those dollars and allows us to invest in something we are used to, which is industry.

FL Why didn’t you get into oil earlier?

AD The majority of people here made their money through oil. But Dangote has never ever dealt in oil, which is to prove that you don’t have to be in oil. In Nigeria, oil has really damaged our thinking. Everyone is thinking about oil, oil, oil. And we are one company that has made a success without doing that. Also, people always say, “Oh, he’s in oil and gas—there’s a lot of corruption in oil and gas.” We didn’t want to be a part of that. There are a lot of friends of mine in oil, and they are doing the right thing. But I didn’t want to be a suspect, so that’s why we’re not in oil.

FL So why go so big on oil instead of renewable energy?

AD In business you need to know before you jump into something. You have to do quite a lot of homework. For instance, Nigeria’s refineries were privatized in 2007. We bought two, but after a few months we had a new government that decided to void the transaction, thinking we got a very good deal. So since 2007 we’ve been actually working on building our own refinery, but we didn’t finally start something until 2015.

“Here the profit margins are huge—much larger. And if you are not a big player, you have no way of survival”

FL Did you always want this large a refinery? Won’t it be one of the largest in the world?

AD We had already studied doing 300,000 barrels a day back in 2005. At that time I couldn’t even fathom a larger refinery. I had no financial capacity. Then in about 2010 we paid all ­Dangote Group’s debts, which amounted to $2 billion, and started accumulating cash. When we decided to build the refinery of our dreams, we reviewed our plans again and put the figure at 400,000. Then it jumped up to 650,000. So a refinery had actually been on the drawing table for years, but this is how we were able to finally push it through.

FL How’s it coming along?

AD At the moment we are a little bit off track. We didn’t really realize that we were going to need almost 70 million cubic meters of sand. But we are catching up, and I’m sure we’ll be able to deliver it by the last quarter of 2017.

FL Do you worry about not finishing?

AD I don’t have that worry. We have the most robust team anyone can put together, and we’ve been doing this sort of work together for years. We have actually never failed in delivering any project. We always deliver our projects on time and at cost. If we hadn’t delivered our projects on time, that would be something. We will definitely deliver, by the grace of God.

FL Yet it’s quite difficult to be successful at an industry you don’t know very well.

AD We don’t want to listen to the critics, because their intention is to destroy us. We are using our own money. This is my lifetime project. I have to back it up with my own life to make sure it is delivered. I know that, yes, it’s true, a lot of people have tried to deliver on refineries in the past, mostly governments. They couldn’t.

FL So this is the most ambitious thing you’ve ever done?

AD It’s an ambitious project, yes, but we have others at that particular site, too. We have a gas pipeline, for instance. We are trying to bring gas to Nigeria. The total gas that will come out is on par with the likes of Shell and other people. This will transform Nigeria because, as we speak, we have about 6,800 megawatts of power capacity that has been installed but not been put to use, the reason being that we don’t have the infrastructure. 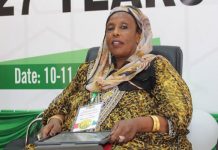 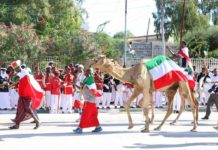