By SAEED AL-BATATI and ERIC SCHMITT

AL MUKALLA, Yemen — Thousands of Yemeni troops are conducting a clearing operation aimed at driving Qaeda militants from one of their major strongholds in southern Yemen, according to Arab and American security officials.

The offensive in Shabwa Province started last week and includes about 2,000 Yemeni forces backed by dozens of advisers from the United Arab Emirates, and a handful of United States Special Operations commandos providing intelligence and planning assistance, American officials said.

It is the largest military operation against Qaeda fighters in Yemen since Yemeni troops in armored vehicles and backed by airstrikes seized this major port city in April 2016, after the militants had used it as a base from which to storm through the southern part of the country.

The continuing operation is the latest phase of an increased campaign against the Yemeni militants since President Trump took office. It also reflects Mr. Trump’s general embrace of President Barack Obama’s strategy to aid local allies fighting insurgents in hot spots like Yemen, Somalia and Nigeria, rather than dispatch large numbers of American troops.

Yemen poses a singular challenge for the West and has captured Mr. Trump’s attention from his first days in office. A member of the Navy’s elite SEAL Team 6 was killed in a ground raid in Yemen in January in the first such operation Mr. Trump authorized. Al Qaeda’s Yemeni branch is widely considered the militant group’s most dangerous worldwide affiliate, with a particular focus on blowing up commercial airliners.

Yemen, one of the poorest countries in the Arab world, has been convulsed by civil strife for more than two years. In the west, Houthi rebels ousted the government of President Abdu Rabbu Mansour Hadi, the United States’ main counterterrorism partner in the country, and have been fighting a Saudi-led coalition of mostly Sunni Arab countries that back Mr. Hadi.In the country’s central and southern regions, the United States, with help from the United Arab Emirates and allied Yemeni tribesmen, has been waging a shadow war against more than 3,000 members of the Qaeda affiliate and their tribal fighters.
Since Feb. 28, the United States has conducted about 80 airstrikes against Qaeda militants in Yemen, Capt. Jeff Davis, a Pentagon spokesman, told reporters in Washington on Friday. In 2016, the United States conducted 38 strikes in Yemen, according to the Long War Journal by the Foundation for Defense of Democracies.

In addition to sharing intelligence with its Yemeni and Emirati partners, the United States is providing midair refueling and overhead reconnaissance for forces involved in the operation, Captain Davis said.

Moreover, the Bataan Amphibious Ready Group, a collection of United States Navy ships packed with Marines, is in the region and could assist the operation, as other American amphibious groups have in the past, Pentagon officials said this weekend.

The current operation began overnight Wednesday with Yemeni fighters traveling from Hadramawt Province, where they had been receiving training from Emirati advisers, toward oil and gas facilities in northeast Shabwa Province, according to Katherine Zimmerman, a Yemen analyst with the American Enterprise Institute in Washington.

The Yemeni forces, called the Shabwani Elite, are in the process of securing major cities in the province — such as Azzan, Ataq and Jardan — from Qaeda militants and are also conducting clearing operations in the surrounding areas, officials said.

“We will see a show of force to secure the key infrastructure in the province — the energy infrastructure, major population centers and checkpoints along the road — but the challenge will be clearing out the rural areas of Shabwa that include quite mountainous terrain, especially where AQAP sanctuaries tend to be,” Ms. Zimmerman said, referring to the affiliate, Al Qaeda in the Arabian Peninsula.

Last Thursday, the Emirati ambassador to Washington, Yousef al-Otaiba, issued a rare public statement about the Yemeni operation, saying it was “being closely supported by a combined U.A.E. and U.S. enabling force.” Mr. Otaiba said the mission’s goal was “to disrupt the terrorist organization’s network and degrade its ability to conduct future attacks.”

Shortly before the arrival of the Yemeni forces in Azzan, a Qaeda stronghold, residents reported seeing drones, helicopters and warplanes over the area firing some kind of preliminary warning shots.

“They were firing sound bombs on targets inside and outside the town, as if to tell Al Qaeda to go before the arrival of the new forces,” Abdul Sallam, a resident who preferred to be identified by his first names, said on Saturday.

The militants apparently got the message and began fleeing the town and other neighboring villages, and by Friday night Yemeni forces had reclaimed the town, officials said.

Mohammed Salem Al Qumishi, a commander of a group of forces backed by the United Arab Emirates, said the troops had seized control of 13 checkpoints and three districts in Shabwa. The militants tried to obstruct his forces by planting land mines and makeshift bombs as they raced out of town. “They fled to the mountains after failing to stop our forces,” he said.

A local government official, who spoke on the condition of anonymity because he was not authorized to talk to reporters, said the military operation was explicitly designed to secure oil and gas facilities in Shabwa Province.

Around the Balhaf liquefied natural gas plant in Shabwa, Khalid Al Adhami, a local army commander responsible for security of the facility, said that Sudanese, Emirati and Yemeni soldiers were protecting it. “The plant is secured from Al Qaeda attacks,” he said. 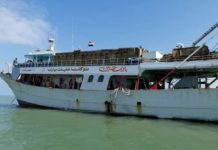 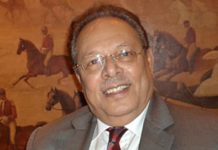 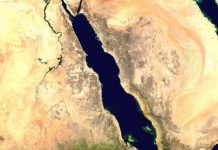 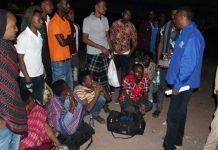 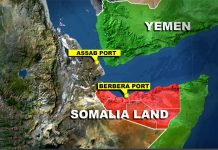