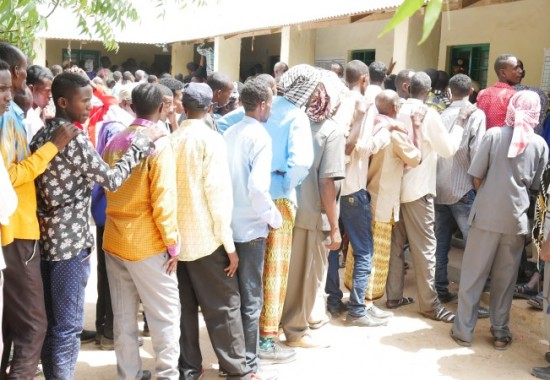 Somaliland Non State Actors Forum (SONSAF) in collaboration with Somaliland Civil Society Election Forums (SCISEF) deployed and trained domestic observers in the regions of Togdheer and Maroodi-Jeeh to conduct SONSAF’s ongoing observation mission, so as to observe and report back on the distribution process of the voter cards in Togdheer and Maroodi- Jeeh regions. Domestic observers have reached and reported back 35% of the total voter cards distribution centers in both regions.

From this standpoint, on June 29th, 2017, NEC invited election stakeholders including three political parties, NEC Monitoring Broad, civil society groups working on voter education, international partners and domestic observers led by SONSAF. During the meeting it was discussed on how to improve the voter and civic education. All partners have shared relevant information and experiences whereas key challenges have been particularly discussed and some improvement was recognized in the second round of the voter education on voter cards distribution process in Maroodi-Jeeh and Togdheer regions.

It is notable to highlight that the second round of the voter cards distribution process was very peaceful and no incident was reported by the domestic observers and the NEC in general. These two regions represent with 56.1% of the voters registered. Domestic observers have also reported that the turnout was increased in these regions of Maroodi-Jeeh and Togdheer.However, it is undeniable that all regions either west or east share some difficult circumstances inherited from droughts, although the eastern regions are more vulnerable than the western regions.

In the Togdheer region, especially the Burco city, a confusion was reported, because of most people were holding national ID certificate and voter registration certificate that was simultaneously provided side by side during the voter registration process in the Togdheer region. Many people were arguing that when they arrive in the voter cards distribution centers, they thought to obtain both the national ID and voter cards but NEC was only responsible the voter cards distribution.

On the other hand, the observers have witnessed two registration lists valid and invalid and proved the rejection of the persons listed on the invalid list. Indeed, observing the voter cards distribution centers, the verifications of the registered voters that their names misplaced was a key issues and the Head Quarter Office of NEC was too busy to respond timely, but observers revealed that complain forms were available across the observed voter cards distribution centers.

Despite inadequate voter education, it cannot also be dismissed the socio-cultural, education and livelihood of the people, because many people mostly in the rural areas may not read and write and they are under difficult socio-economic conditions as incessant droughts is affecting severely.

Nonetheless, the voter cards distribution process was marred by the unnecessary and excessive political campaigns conducted by the two political parties of KULMIYE and WADDANI in both Togdheer and Maroodi-Jeeh regions. The officials of Justice and Welfare Party of UCID have expressed their concerns over the behaviors of KULMIYE and WADDANI and UCID party has submitted a written letter of complaint to the National Electoral Commission (NEC).

The CSOs recommended political parties to respect and abide by Presidential Election Law No.20/2001/2017, Voter Registration Law No.37/2007/2016 and voter cards distribution Code of Conduct. Lastly, NEC has officially condemned the two political parties with their illegal acts and infringement of the code of conduct and declared that political parties will be admitted only five vehicles during their visit to Sanaad and Sool regions on their participation of the voter cards distribution process planned to start on Aug 12th, 2017.

Finally, there are other developments such as the anticipated resignation of the speaker of the House of Representatives Mr. Abdirhaman Mohamed Abdillahi (Ciro) who announced his resignation on 2nd August 2017, as he is the chair of WADDANI political party and the presidential candidate of the WADDANI opposition party. In addition, the government of Somaliland has also paid the last installment of the election budget on 26 July 2017 and the NEC proved that they are technically and logistically prepared to undertake this presidential election on November 13th 2017. 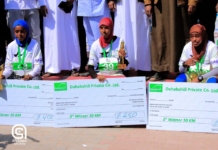 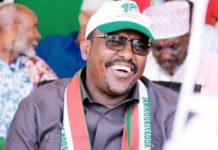