A total of 150,000 police officers were on Friday deployed to voting centres ahead of the General Election on Tuesday.

They were drawn from the regular unit, the Administration Police and the General Service Unit.
UNBIASED

The last batch of officers will arrive at their destinations by Sunday.

“We have put in place adequate security measures and deployed police officers as per the IEBC (Independent Electoral and Boundaries Commission) request and our own security needs assessment across the country,” Inspector-General of Police Joseph Boinnet said in a notice to the public.

“The police serve without fear or favour and every officer will remain impartial while discharging his or her mandate in strict adherence with the law.”

Mr Boinnet gazetted them, technically giving them police powers, to ensure each of the over 42,000 polling stations is protected by armed officers.

Mr Boinnet said the deployment is meant to protect Kenyans.

The 290 returning officers in the constituencies and their counterparts in counties, as well as senior IEBC officials, will also be protected by the police.

“Anyone found disrupting peace will be dealt with in accordance with the law regardless of their social, economic or political affiliations.

“We are constantly monitoring the security situation in the country and responding swiftly to prevent and address emerging issues,” he said.

“We urge our esteemed clients who are the wananchi, candidates, the media, political parties and all the other stakeholders to be vigilant and utilise the engagement and dialogue channels we have set in place to communicate,” he added.
OFFICIALS

In the counties, the security officers have set up operations and command centres.

Mr Boinnet said personnel at the centres will fall under one command to ensure seamless response to security situations as they arise.

The security teams will, among other things, enforce the electoral agency’s directive to keep unauthorised individuals outside the 400-metre radius of polling stations.

At the national level, the Interior ministry has launched a toll free telephone line 0800724956, so that the public can call to report incidents.

More officers will be sent to violence hotspots.

He said those who fail to turn up would be suspended.

They include Turbo, Langas, Munyaka, Kesess and Burnt Forest. The county chief denied reports of mass exodus of people from Langas.

In Kisumu, County Commissioner Mohammed Maalim dismissed reports that the Kenya Defence Forces had been deployed.

“We are giving special attention to the CBD, which has always been a target by goons for looting and destruction,” Mr Maalim said. 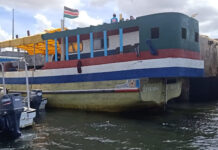 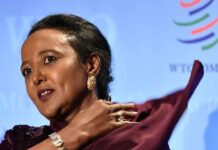