Horndiplomat-Somaliland 22nd July 2017: British Ambassador David Concar this afternoon addressed the renowned Hargeisa International Book Fair, a celebration of Somali culture, heritage and ideas. Ambassador Concar said the UK is the largest international donor to Somaliland and that the longstanding UK commitment to the people of Somaliland is founded on diaspora and historic ties.

Congratulations to @Gobannimo & @JamaMusse on launching the 10th @hibf today. Inspirational achievement. So pleased you invited me to speak pic.twitter.com/aHF5MlzgjP

Ambassador Concar also highlighted the opportunity the November presidential election represents for Somaliland to reaffirm its ‘reputation as a beacon of democracy’ by holding as scheduled a fair, inclusive election leading to an outcome accepted by the people of Somaliland. He said journalists had an important role to play in any democracy and encouraged political debate and respect for media freedom.

The Ambassador expressed his concern about the drought in the region. ‘It is right’, he said, ‘to remember the severe and ongoing drought afflicting the people of Somaliland. To help those most affected, the UK has increased its emergency aid to over $200m. This support has so far provided safe drinking water and food to some one million people and emergency healthcare to over half a million people, including tens of thousands of Somalilanders. I will shortly be seeing some of this work for myself.’

The Ambassador paid today a courtesy call on the Minister for Foreign Affairs, Dr Sa’ad Shire. During his visit, Ambassador Concar will meet Somaliland’s President H.E  Ahmed Mohamed Mohamoud Silanyo, the Minister of Presidency Mahamoud Hashi Abdi , political party candidates and graduates of the British Chevening scholarship programme. He will also talk to the Attorney General and Chief Justice and see UK support to the security and justice sector.

The UK has been supporting technical preparations for the Somaliland elections, including a comprehensive and inclusive voter registration process. Britain also supports journalists to defend media freedom, and with the Judges we support technical support on the swift, fair and lawful resolution of any disputes arising from the electoral process.

Ambassador Concar will discuss during his visit how the UK is working with the Government of Somaliland and others to build critical infrastructure and support the delivery of healthcare, education and other public services, including through the UK-led Somaliland Development Fund.

The UK supports health and education initiatives and is working to increase the number of women who give birth in the presence of medical professionals and to ensure more girls attend school. We are also helping to tackle the barriers to economic development in Somaliland by expanding the generation and distribution of renewable energy with the aim of cutting significantly the cost of electricity and increasing the number of Somalilanders with access to electricity.

Visited @EdnaAdan at her hospital in #Somaliland. Saving lives of the poorest of the poor, training midwives, fighting #FGM. Inspirational. pic.twitter.com/XFUW4wf1eq

Impressed & moved by the Baahi-Koob centre's work in #Somaliland to support survivors of GBV & help them get justice @JoannaRoperFCO pic.twitter.com/5Q6X4wqNFh

Just back from visiting #Somaliland. My thanks to all my wonderful colleagues in the UK Office in Hargeisa. Looking forward to returning pic.twitter.com/F13pobPeEw

#UK has committed over $200m in emergency aid to #Somalia including #Somaliland to help those most affected by the drought pic.twitter.com/KemY9aUJcj

.@DConcar is in #Somaliland this weekend, celebrating historic ties & reaffirming UK commitment to people of #Somaliland 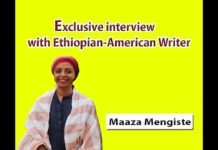 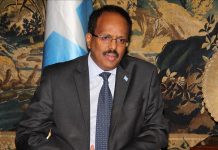 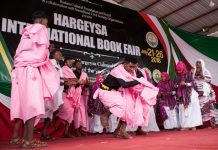 Book fair turns the page for literature in Somaliland 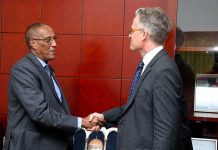 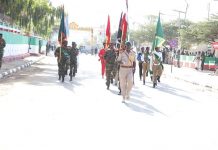 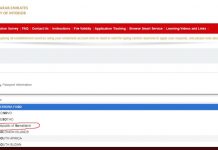