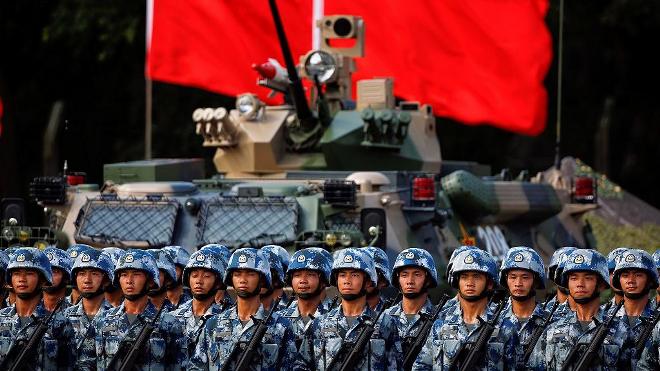 China has offered to mediate in the lingering border dispute in the Horn of Africa region, where Eritrea and Djibouti are both claiming ownership of the Dumeira mountains and Islands.

The Chinese Ambassador to the African Union suggested that China will consider sending troops to the border between the two East African countries. Kuang Weilin, however, told the Associated Press that Beijing was ready to help with mediation if requested.

There is currently no mediator in the impasse after Qatar withdrew its peacekeeping forces in the area in the wake of the Gulf crisis, that saw Doha blacklisted by Saudi and its allies in the Gulf Cooperation Council (GCC).

Eritrea has maintained that they will stick to Qatar as the only mediator in the matter. Reports indicate that the Qatari withdrawal was in the wake of Djibouti’s decision to openly back Saudi and allies. The latest request for mediation was by Djibouti to the African Union.

Asmara denounced reports that Eritrea had also taken sides in the crisis. They also held off an African Union team that planned to meet authorities in for talks. Eritrea says its relations with Qatar remained intact according to an Al Jazeera report.
The area under contention, a small island lies off the coast of both countries, specifically at the southern end of the Red Sea. It is close to a vital shipping route for global trade, the Baba-el-Mandeb strait.

At the African Union summit in early July, Djibouti sought arbitration from the pan-African institution and pleaded for a demarcation of the border after an “occupation” its described as an act of war by its neighbour.

China, an Asian giant, is increasingly extending its military role in the world, in line with its diplomatic and economic offensive.

This month, in particular, the country installed its first military base abroad in Djibouti. China – a global economic giant was following the steps of countries like France, the United States and Japan. Approximately 400 men are expected to be part of the force.

According to China, this base has only logistical and not defense objectives. In particular, it should be used for anti-piracy, peacekeeping and UN humanitarian missions in Africa and West Asia.

Op-Ed: How safe Chinese devices are in Somaliland?