Think of your colleagues. Now imagine spending almost 24 hours a day with them – at work, after work, at meals.

And imagine they are pretty much the only adults you see for months at a time.

That’s been Tauranga-raised teacher Andrew Neal’s life for the past year – in Somaliland.

Not Somalia, but it’s breakaway northern region; the Republic of Somaliland is a self-declared state born of civil war and not yet internationally recognised as separate from Somalia.

Mr Neal moved to the unrecognised African state after three years teaching English as a Second Language in Korea and China, plus a little time working with a charity in Nepal.

In Somaliland, he volunteered at the Abaarso School of Science and Technology.

“Most of us, when we first got to school, didn’t know where the hell we were going,” he said.

“But it turned out we were very close to the Ethiopian border. In fact, the highway from Ethiopia ran past our school,” he said.

Somalia did not have the friendliest reputation – pirates, religious extremism, war, violence – but Somaliland seemed to him like an “oasis of nicety” away from all that.

It was linguistically, ethnically and religiously (predominantly conservative Muslim) similar to Somalia, but had its own government and currency, a rapidly growing economy, and was relatively peaceful.

“It still has lots of problems, and they have had a drought for two years, so that doesn’t help,” Mr Neal said.

“But it was a really exciting place to be because you could see these improvements happening.”

The school itself was a jail-like compound in the middle of a dessert. All students and staff lived on site.

“There’s no escape from your workmates,” he said with a laugh. “But I was very lucky, and it was a very good group of people.”

Mr Neal had little studio apartment to himself and cooked meals each day.

The work days were long.

Mr Neal said he typically worked 7am to 6pm with maybe an hour for lunch, then another couple of hours of work after dinner.

But the students, some of whom came from orphanages or nomadic lives as goatherders, were working long hours too.

Everybody had to work hard – the goal was to get every student a scholarship to a top international university.

Take, for example, recent graduate Nadira Abdilahi. Her mother could not read, and she never assumed she would get an education – marriage was more likely her lot.

Now she attends Yale, an Ivy League university. The school has produced many more like her.

Mr Neal said Abaarso’s teachers had to impart more than knowledge. They had to teach students to think critically, be disciplined and behave ethically.

“It is easy to say ‘they’re so uncultured’ like the English colonials did. But it’s just that the way they think is different.

“You can imagine they lived in a very small world, that was very tied to their history and faith and traditions.”

Mr Neal was passionate about volunteerism and working in developing countries, but reckoned there was a right way to do it – and a wrong way.

In his experience, the developing world needed fewer “voluntourists”, or people heading over for a week or a month to work on a project.

“Often those people do more harm than good.”

His advice for people wanting to make a real difference was to commit a decent amount of time to a meaningful, well-run project, for almost no money.

“Be wary of stuff that is going to give you a good income. If they are going to pay you then money not being spent on what they are actually doing.” 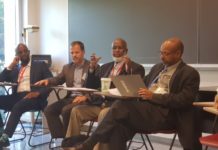 Somali Education Leadership — Can Abaarso be an example? 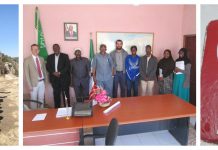 Somaliland:Brilliance Knows No Borders The Successes and Adventures of the 2018 Abaarso Entrance Exam 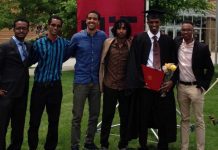 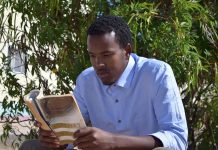 Somaliland:Hamza Mahdi Abaarso alum and current Dean of Boys, for being accepted to Harvard University 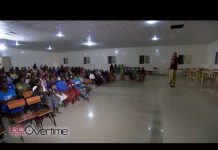 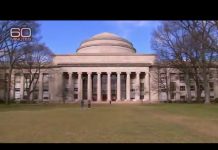