First meeting between Trump and Putin wrapped up with the announcement of a truce deal covering southwestern Syria.

Russian President Vladimir Putin and his US counterpart Donald Trump have agreed on a ceasefire deal covering southwestern Syria, during talks at the G20 summit, officials from both countries said.

The deal was reached during the two leaders’ meeting in Hamburg on Friday on the sidelines of the G20 summit of industrialised and developing nations.

“Russian, American and Jordanian experts … agreed on a memorandum of understanding to create a de-escalation zone” in the regions of Daraa, Quneitra and Suweida, Russian Foreign Minister Sergei Lavrov said on Friday.

“There will be a ceasefire in this zone from midday Damascus time [9:00 GMT] on July 9,” he added.

READ MORE: US would consider no-fly zone in Syria if Russia agrees

US Secretary of State Rex Tillerson confirmed the agreement, saying that it showed that the US and Russia were able to work together in Syria and that they would continue to do so.

“We had a very lengthy discussion regarding other areas in Syria that we can continue to work together on to de-escalate the areas and the violence, once we defeat ISIS,” he said, using an acronym for the Islamic State of Iraq and the Levant (ISIL) group.

Previous ceasefires in Syria have collapsed or failed to reduce violence for long, and it was unclear whether this deal would fare any better.

“This week there were peace talks in Astana and ahead of those talks, a ceasefire was announced, but in the west of the country, rebels are in a fierce battle with the Syrian forces who are trying to regain control and along the southern border there is sporadic fighting going on, the Syrian opposition is in control for the most part along the border with Jordan, but clearly fighting continues despite these ceasefires,” she said.

“We have spoken to residents in the southwest portion of Syria and they say that despite a ceasefire, they don’t feel safe and humanitarian aid doesn’t reach them.”

The Syrian conflict has killed nearly half a million people, according to the Britain-based Syrian Observatory for Human Rights, and forced millions of others to flee the country.

Russia is one of Syrian President Bashar al-Assad‘s most important backers and the survival of his regime is critical to maintaining Russian interests there. The US has argued that Assad’s regime must be toppled and backs “moderate” rebels fighting Syria government forces. 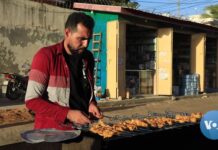 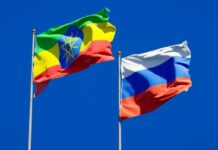 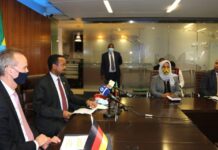