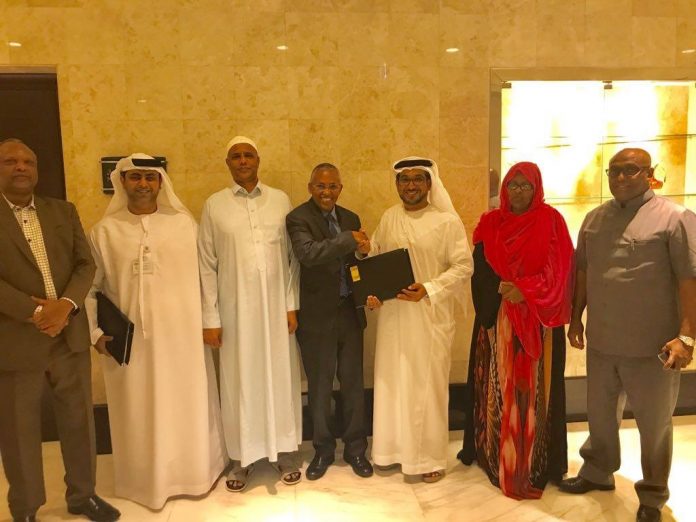 The Somaliand’s Minister of Foreign Affairs , Dr. Sa’ad Ali Shire, formally signed with his UAE counterparts an agreement detailing the terms and process shaping up two development programs included in the deal reached with the Emirates to provide that country with a military base in Berbera.

The agreement signals the beginning of the construction of a 250-kilometre road connecting Berbera to the border town and commercial hub of Wajale, straddling the boundary between Somaliland and Ethiopia.

Another major component of the agreement is the construction of a civilian airport for the port city since Somaliland formally agreed in March to a UAE military base in the Red Sea port of Berbera which granted the lessee exclusive use of the existing, Russian-built air terminal of the city.

Besides these two major projects, DP World has taken offer port operations on a 30-year deal worth more than 420 million US Dollars.

Present at the signing, on the Somaliland side, were, also, the Minister for the Presidency, Hon.Mohamoud Hashi Abdi, Minister of Finance, Ms Zamzam Abdi Adan, Minister for Planning, Mohamed Ibrahim Adan and Minister for Animal Husbandry, Abdullahi Mohamed Dahir.

The Republic of Somaliland is viewed as a bastion of development and stability in a region otherwise associated with strife, political instability and quicksand, volatile upheavals at the centre of which is a Somalia plagued by terrorism and piracy despite the large presence of foreign troops to guard make-belief administrations in Mogadishu.