A Republic of Somaliland Diplomat met with the Chairperson of the African Union H.E. Moussa F. Mahamat at AU premises, Addis Ababa, where the AU‘s ordinary summit was underway.

Ambassador Ayanle Salad Dirie, deputy Amb of Somaliland Mission at Ethiopia meeting with new Chairperson of African Union H.E. Mousa Faki Mahamat which was starter one, & agreed to be met near future.

“Meeting happened at the premises of African Union, where 29th Ordinary Session of the Summit of the African Union was taking place from 27th June to 4th July 2017, under the theme “Harnessing the Demographic Dividend through Investments in Youth” .

The meeting between new AU Chairman person H.E. Mahamat & Deputy-Ambassador Ayanle Salad will pave the way for a new relationship that the Republic of Somaliland will have with the African Union.

The Summit will be held at the AU headquarters in Addis Ababa, Ethiopia as follows:

3rd – 4th July 2017: 29th Ordinary Session of the Assembly of the Heads of State and Government of the African Union. 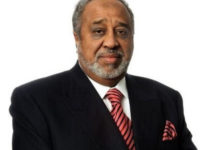 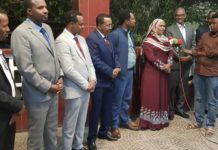