Defence secretary Mattis says Qatar ‘moving in the right direction’ but common ground needs to be found in crisis.

The blockade against Qatar by Gulf states was a “very complex situation” and an area where common ground had to be found, US defence secretary Jim Mattis said.

Mattis spoke on Monday ahead of talks between the US and Saudi Arabia’s Foreign Minister Adel Al Jubeir in Washington, DC, as the Gulf crisis entered its second week.

The former general told the House Armed Services Committee that Qatar’s Emir Sheikh Tamim Bin Hamad Al Thani had inherited a difficult situation and was moving in the right direction.

“I believe that Prince Thani inherited a difficult, very tough situation, and he’s trying to turn the society in the right direction,” Mattis said.

“But we all agree that funding of any kind of terrorist group is inimical to all of our interest.”

Mattis added that he believed Qatar is “moving in the right direction” when it comes to curtailing its funding of terrorism.

During the hearing, Congressman Adam Smith said he was “not clear” on the administration’s strategy concerning Qatar, accusing President Donald Trump of being unhelpful on Friday when he lashed out against Qatar and sided with Saudi Arabia.

“We should be finding ways to solve that problem, not throwing gasoline on the fire,” Smith said.

Qatar’s Al-Udeid Air Base is the largest American air base in the Middle East, serving as the forward operational headquarters of US Central Command and the host to about 10,000 American troops.

Meanwhile, the Emir of Kuwait, who is leading mediation efforts to resolve the Gulf crisis, said the dispute could lead to undesirable consequences.

Qatar-Gulf crisis: All the latest updates

Sheikh Sabah Al Ahmad Al Sabah was quoted by Kuwait’s state news agency as saying on Monday that it was difficult for him to see the division among GCC member states.

“It is quite difficult for us, the generation that built the GCC 37 years ago, to see the divisions among its members which may lead to undesirable consequences,” Sheikh Sabah said.

“I lived the first moments of building the GCC and this is why I cannot stand silent without trying to mediate for the rapprochement among the brothers. It is a duty that I cannot walk away from.

“No matter how difficult the efforts, I will do my best to mediate among the brothers,” he said.

In addition to the cutting off diplomatic ties, Saudi Arabia, the UAE, Bahrain and Egypt also closed their airspace to Qatari aircrafts last week and banned all Doha-bound flights.

Saudi Arabia’s aviation body said closing its airspace to flights from Qatar was within its sovereign rights to protect its citizens from any threat.

The UAE, however, confirmed its airspace was only blocked for airlines from Qatar – seemingly suggesting that only Qatari based carriers posed the security risk identified by Saudi Arabia.

He called on the UN’s aviation body, the International Civil Aviation Organization, to declare the boycott illegal and a violation of a 1944 convention on international air transport.

“We have legal channels to object to this,” Qatar Airways CEO Al Baker told CNN. “International Civil Aviation Organization … should heavily get involved, put their weight behind this to declare this an illegal act.”

The UAE and Bahrain have signed the 1944 convention, but Saudi Arabia has not. 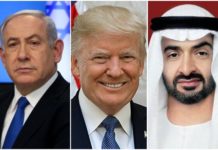 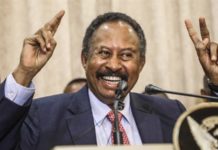