On the surface, it’s perfectly accurate to say the stunning rift between Saudi Arabia and Qatar is all about Iran as the Saudis have become obsessed with stemming Iran’s growing power and influence in the Middle East.

But digging a little deeper, it also looks a lot like the singling out of the Qataris at this specific moment has something to do with another country entirely: Israel.

Perhaps there are still some casual followers of Middle East politics who have missed the many reports over the last year or so that have announced the growing evidence of Saudi-Israeli cooperation on security issues. This is mostly the result of the Iran nuclear deal pushed by the Obama administration. Because that nuclear deal happened in what felt like slow motion, Israel and Saudi Arabia had time to plan their response and organize several best- and worst-case scenarios. The Times of London in 2013 first reported the news of serious Israeli-Saudi cooperation that even included a deal to allow the Israelis to use Saudi airspace to launch an attack on Iranian nuclear sites.

How does Israel figure in this decision by the Saudis to cut off Qatar? It’s the logical conclusion after the Saudis said in an explanation of the move to isolate Qatar that they feel Qatar is supporting terrorist causes and is becoming too much in league with Iran.

Qatar openly supports Hamas, which regularly carries out terror attacks on Israelis and Jews – both in Israel and in other nations and territories.

But in the days leading up to the announcement of the Saudi-Qatari diplomatic freeze, reports began surfacing in the Israeli and Arab press that Riyadh was pushing Qatar to end its relationship with Hamas. And the Saudis are well aware that if Qatar cuts off Hamas, Hamas probably wouldn’t survive.

Qatar’s refusal to do so immediately may have been the last straw for the Saudis who have been emboldened to at least appear to step up their anti-terror efforts after President Donald Trump’s visit to Riyadh last month. And the Saudis are also more emboldened to threaten Iran and any of Tehran’s pet causes now that the Trump team has made it abundantly clear that it approves the growing Arab state coalition against the Iranians.

And President Trump’s trip couldn’t have been more of a public endorsement of the growing cooperation between the Saudis and the Israelis too. Note that Saudi Arabia and Israel were his only two stops on his Middle East trip, even though Egypt remains the largest Arab recipient of U.S. aid and its population positively dwarfs Saudi Arabia’s. President Trump believes, along with many others, that Saudi Arabia is calling the shots in the Sunni Arab world now and he wants its work with Israel to continue.

And thus, Saudi Arabia’s decision to pressure Qatar on its support for Hamas coming so soon after the Trump visit doesn’t seem like a coincidence. Hamas has one real enemy, and that’s Israel. So Saudi efforts to freeze Qatari terror funding for Hamas has only one real beneficiary — Israel.

Critics who point out that the Saudis have been direct and indirect backers of different terrorist groups in the region have a right to be a little cautious about celebrating this news as some sort of sign of a true turning point. President Trump speculated as much in a tweet Tuesday, and frankly he seems to be getting ahead of himself here:

…extremism, and all reference was pointing to Qatar. Perhaps this will be the beginning of the end to the horror of terrorism!

So good to see the Saudi Arabia visit with the King and 50 countries already paying off. They said they would take a hard line on funding…

But the Saudi decision to cut off Qatar does seem like the most solid evidence yet that its decision to create a real and more comprehensive relationship with Israel is real at least for now. And by Middle Eastern historical standards, that is a huge deal. 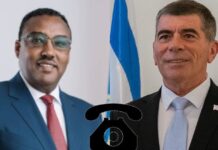 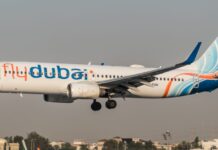 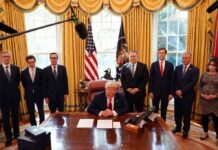