An Ohio county grand jury voted not to bring charges against a campus police officer who fatally shot a Somali immigrant who had injured 11 people in a car and knife attack last year, county prosecutor said on Thursday.

Horujko responded to the scene where Artan had plowed into pedestrians with a car and subsequently jumped from the vehicle and stabbed other victims.

“According to several witnesses, Artan did not respond to the officer’s commands and began running at him, forcing the officer to discharge his weapon five times,” Franklin County prosecutor Ron O’Brien said in a statement about the decision.

Artan, who was born in Somalia and was a lawful permanent U.S. resident, was pronounced dead at the scene. Eleven victims were transported to the hospital, some with stab wounds and others with injuries from being struck by the car.

The Islamic State militant group claimed responsibility for the attack at the Columbus campus the following day. Artan may have been inspired by Islamic State and the late al Qaeda-linked cleric Anwar al-Awlaki, according to an FBI official.

“The subsequent police investigation confirmed that this was an act of terrorism by a lone wolf and no other co-conspirators were identified,” O’Brien said in a statement.

All cases involving lethal force by on-duty police officers in Franklin County are sent to the grand jury to assure “that there is a review of those circumstances by an independent body of citizens,” O’Brien said in the statement.

(This version of the story has been refiled to clarify that it was Somali immigrant, not police office, who injured 11 people in first paragraph) 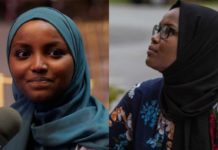 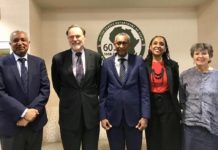