WASHINGTON, April 24, 2017 /PRNewswire-USNewswire/ — Nine cheetah cubs and one sub-adult were confiscated from illegal wildlife traders by the Somaliland Ministry of Environment and Rural Development (MoERD) with assistance from Cheetah Conservation Fund (CCF) in El Sheik and Wajel, respectively, on 19 April.

The cubs were destined for the Arabian Peninsula where the illegal market for pet cheetahs is estimated at 300 animals per year. The three youngest cubs were found in extremely poor health, and every effort is being made to save them.

In a separate incident on the same day, CCF learned that three older cheetahs had reportedly escaped from a trafficker in the Wajale area bordering Ethiopia and entered the town. Two of the animals were captured by the police while the third was still loose. With support from the Minister of Environment and Rural Development, who approved a confiscation, CCF recovered one of the cheetahs and is in negotiations to recover the second. A search for the third one is underway.

CCF has partnered with the International Fund for Animal Welfare (IFAW) to ensure the cubs are given urgent medical care, food and appropriate emergency housing. CCF and IFAW began collaborating on the issue of illegal cheetah trade in 2014 in the context of the Convention on International Trade in Endangered Species (CITES).

“CCF needed critical supplies if the cubs were to survive and IFAW was pleased to offer immediate assistance. Wild cheetah populations are in dire trouble, largely due to demand for cubs as exotic pets. The cruelty of live animal trade is shocking and we are doing all we can to save these cubs,” said Gail A’Brunzo, IFAW’s Wildlife Rescue Manager.

The Somaliland MoERD showed great leadership in acting swiftly against these cheetah traffickers. CCF and IFAW are engaged in discussions with the Ministry on how to provide long-term care for the confiscated cheetahs, which cannot be transferred to sanctuaries in nearby countries as current laws do not allow for confiscated animals to be transported across borders.

“With a total population of just over 7,000 cheetahs remaining in the wild, the taking of even one cub is a threat to species’ survival. This is particularly concerning as trafficked cubs are usually removed from their mothers at very young ages — less than 3 months — which means that they have not had enough time to learn skills necessary to survive in the wild and will in most cases require life-long care,” said Dr. Laurie Marker, CCF’s Founder and Executive Director. “We are exceptionally pleased to be partnering with IFAW moving forward to address this important issue.”

“Through this week’s confiscations, the Somaliland authorities are sending a clear message to traffickers that the trade in live cheetahs will not be tolerated,” added Patricia Tricorache, CCF’s Assistant Director for Strategic Communications and Illegal Wildlife Trade.

About IFAW (International Fund for Animal Welfare)
Founded in 1969, IFAW rescues and protects animals around the world. With projects in more than 40 countries, IFAW rescues individual animals, works to prevent cruelty to animals, and advocates for the protection of wildlife and habitats. For more information, visit www.ifaw.org. Follow us on social @action4ifaw and Facebook/IFAW.

Founded in 1990, CCF is an international research, education and conservation institution dedicated to ensuring the long-term survival of the cheetah. From its field research base in Otjiwarongo, Namibia, CCF gathers and shares critical information on the species and uses it to formulate strategies to combat the species’ main threats, human-carnivore conflict, habitat loss and the illegal wildlife trade. For more information, visit www.cheetah.org. Follow us on social @CCFCheetah and Facebook/CCFcheetah. 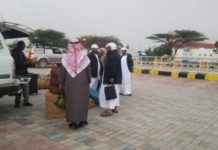 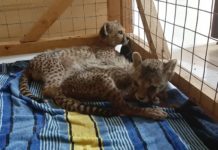 Somaliland: Only 2 cubs remain from the group of 12 that were confiscated last week-CCF Cheetah 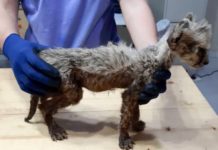 12 cheetah cubs rescued from an illegal smuggling trade in Somaliland 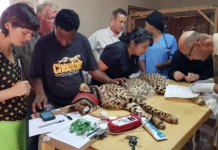 Cheetah Health examination at the cheetah safe house in Somaliland