Kenya may soon export 100,000 workers to Saudi Arabia if negotiations between the two countries bear fruit while Qatar is willing to open its market for Kenyan meat.

These are some of the wins the government achieved when it received high-profile visitors from the two countries this week.

Emir of Qatar, Hamad bin Khalifa Al Thani, was on a one-day State visit to Kenya on Tuesday and Saudi Arabia’s Commerce minister Majed bin Abdullah Al-Kassabi led a delegation of 70 people from the private sector and government officials for talks with Nairobi on Wednesday.

Resolutions seen by the Sunday Nation show that Saudi Arabia and Kenya agreed to work together on a number of issues.

However, it puts into question previous agreements Kenya has made with other countries.

In 2015, the government said it had secured 100,000 jobs in the United Arab Emirates and up to now nothing has been heard of the deal.

In the new deal with Saudi Arabia, the Middle East economic powerhouse, will negotiate with Kenya for skilled and semi-skilled workers such as nurses and technicians.

The two governments agreed to continue addressing the thorny issue of domestic workers who suffer in the hands of their employers in Saudi Arabia.

The Qataris agreed to put up Nairobi’s financial hub. Since 2014 Kenya has been angling to become Africa’s top financial hub but the lack of a legal framework has been a drawback.

The Emir and his delegation also agreed to support the completion of the Lamu Port South Sudan Ethiopia Transport Corridor project.

The agreement on cultural corporation will focus on the reconstruction of Bomas of Kenya as a modern cultural and convention resort.

The upgrade has been in government’s plans for quite some time.

A team comprising Qatari government officials is expected in Nairobi in three weeks’ time for further discussions on these issues.

Separately, the Saudi Arabian delegation had a joint meeting with seven Cabinet Secretaries where it was agreed that a government-to-government agreement will soon be negotiated so that Kenya can purchase Saudi crude oil at subsidised prices.

“This is about continued engagement with a key Middle East country in securing opportunities for Kenyans.

The President recognises that he must continue to seek and deliver decent jobs for Kenyan people, and that’s exactly what he is doing,” Manoah Esipisu, the President’s spokesperson, said.

The meeting also agreed on the negotiation of a government-to-government agreement in order for Kenya to import fertiliser at cheaper rates from Saudi Arabia.

Mr Esipisu said President Kenyatta appointed Industrialisation Cabinet Secretary Adan Mohammed to be the focal point between Kenya and Saudi Arabia on all subjects of cooperation.

“Having one focal point in relations with Saudi Arabia also means that coordination will be much better, with Adan Mohammed taking responsibility for both success and failure. Now it is really getting on with agreements on all issues already identified,” Mr Esipisu added. 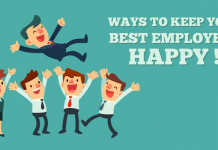 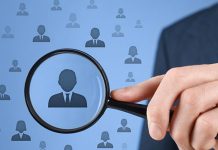 One Thing You Must Know About Employment Background Screening 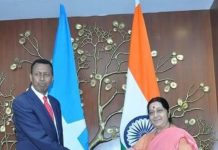 India and Somalia sign agreement on transfer of sentenced persons 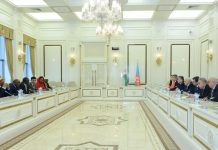