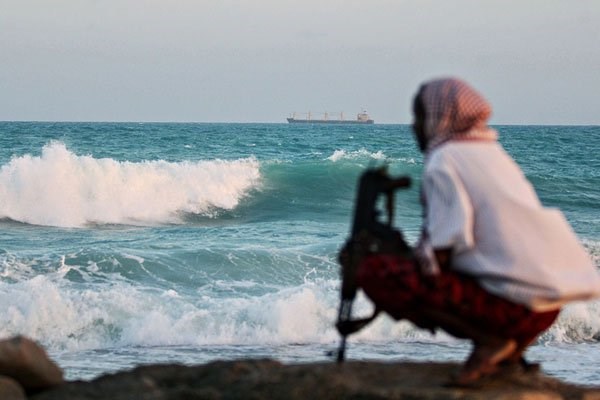 Suspected Somali pirates have again hijacked a vessel on one of the world’s crucial trade routes, authorities said Saturday night, the latest in a string of attacks after several years of silence.

The United Kingdom Maritime Trade Operations piracy watchdog said on its website it had received a report from a vessel under attack and possibly boarded off the coast of war-ravaged Yemen. It gave no further details.

Somali pirates in recent weeks have hijacked at least two vessels with foreign crews in the waters off Somalia and Yemen, marking a return of the threat after half a decade.

A source with the ports ministry in Somalia’s northeastern semiautonomous state of Puntland said armed pirates hijacked a ship flying under the Tuvalu flag and were steering it toward Somalia’s northern coast. The source spoke on condition of anonymity because he was not authorized to speak to reporters.

Graeme Gibbon Brooks, the CEO of the British firm Dryad Maritime, said security officials believed the vessel to be a bulk carrier.

A Somali pirate, Bile Hussein, said he was aware that pirates had managed to board a ship near Yemen’s Socotra island despite resistance from the crew.

Commander Jacqui Sherriff, a spokeswoman for the European Union anti-piracy mission off Somalia, said the mission was liaising with other authorities to investigate and, if the attack was confirmed, “our thoughts go out to the crew.” The U.S. Navy’s 5th Fleet, which oversees regional anti-piracy efforts from Bahrain, did not immediately respond to a request for comment.

The former director of the anti-piracy agency in Puntland, Abdirizak Mohamed Ahmed, said he had received information about the hijacking of a ship but could not give further details.

Earlier this month, officials said Somali pirates had seized a small boat and its 11 Indian crew members as the vessel passed through the narrow channel between Socotra Island and Somalia’s coast.

In March, Somali pirates hijacked a Comoros-flagged oil tanker, marking the first such seizure of a large commercial vessel since 2012. They later released the vessel and its Sri Lankan crew without conditions.

Pirates later seized a fishing trawler, which Somali authorities warned could be used for further piracy.

Piracy off Somalia’s coast was once a serious threat to the global shipping industry. It has lessened in recent years after an international effort to patrol near the country, whose weak central government has been trying to assert itself after a quarter-century of conflict. In December, NATO ended its anti-piracy mission off Somalia’s waters.

But frustrations have been rising among Somali fishermen, including former pirates, at what they say are foreign fishermen illegally fishing in local waters.