The African Union Mission in Somalia (AMISOM) and the United Nations Support Office in Somalia (UNSOS) have jointly embarked on an operation to open up key supply routes in HirShabelle region in central Somalia.

AMISOM Sector 5 Commander Venuste Nduwayo said the operation dubbed Antelope Operation is already underway and will restore more than 150 kms of roads in the agricultural region of Somalia.

“This project’s objective is repairing the roads in this region to enable free movement not only for AMISOM but also for the Somali population,” Nduwayo said in a statement issued in Mogadishu on Saturday.

The two organizations intend to open the roads in the region to help the military get access to Forward Operating Bases (FOB) in the sector that is under the Burundi contingent.

Major Raymond Kemei from the Mission Enabling Unit said the rehabilitation and opening up of the roads will help the local population move their crops from farms to the markets.

He added that the rehabilitated routes will enable the local population to move freely while the security agencies will be able to respond to emergencies much faster.

Kemei also noted that humanitarian agencies will also get access to populations in areas that have been cut off from the road infrastructure.
The rehabilitation works began on Dec. 1 after the Special Representative of the Chairperson of the African Union Commission (SRCC) Francisco Madeira met the president of HirShabelle to discuss matters of security and infrastructure.

The operation in the newest federal state in Somalia is expected to take at least three months. 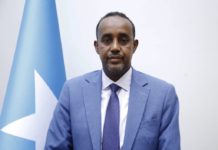 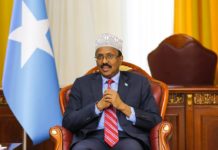 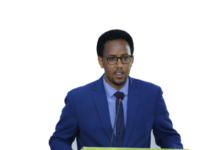 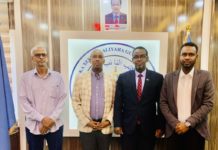