The mentoring program is a six-month program that includes regular one-on-one meetings and workshops.

‘Iftiin’ is the Somali word for ‘light’ and was chosen by the participants.

Young AICC chairman Alon Cassuto said: “Light is an incredibly powerful symbol for them, because, in a world where, often, there’s a lot of darkness, it just takes a little bit of light to be able to create a complete change in possibilities and mindsets.

“So this idea of them being a light in their community, and the idea of being able to light up the possibilities, for them is incredibly powerful as a metaphor and as a symbol.”

The program aims to create a new generation of Somali-Australian business leaders “and to be able to equip them to truly succeed in the professional world,” said Mr Cassuto.

The program stems from a meeting between African leaders and Melbourne’s Jewish community, who referred the idea to the Young Australia Israel Chamber of Commerce.

There are over 1,200 Victorian members across a broad range of industry sectors.

The brains behind the program is Mahad Warsame, a member of Victoria’s Somali community.

The program is a concept he hopes will help break down workplace barriers and biases.
“It’s challenging. It’s not only us. I think it’s everyone. But, for us, what’s happening in the world, it impacts sometimes – you know, the names we have, the colour, sometimes, we have,” he said.

Even though graduates often have strong academic records and professional qualifications, they say finding jobs in their chosen fields can be hard.

“Somali graduates had got incredibly good marks at university, had graduated from the top universities, but then didn’t necessarily know where to (go) from there.

They didn’t have people in their families or in their community that they could turn to to be able to get work experience or internships or interviews. And, time and again, when they applied for jobs, they found themselves not being able to get a foot in the door,” said Alon Cassuto.

It’s a problem that 26-year-old Abdurrahman Ahmed says is all too familiar.

Ahmed, who is now a participant in the Iftiin mentoring program, moved to Australia eight years ago, leaving his immediate family in Africa.

With little English, he worked hard to pursue a higher education and became the first of his family to attend university. He graduated last year with honours.

But since then, he’s worked mostly as a security guard.

“What I’m hoping to get out of Iftiin program is, absolutely, first is personal development, like getting those extra skills in terms of resume writing, public speaking, et cetera.

“And second thing is to get employed in the industry, engineering,” he said.

The programs mentors also say there are benefits for them.

They say they get to grow and develop as leaders and feel empowered to contribute to multicultural Australia.

Mr Ahmed has been paired with mentor Rita Chandra.

“I have a keen interest in working with other young professionals and graduates and helping them into the industry.

“It is a bit of a tough industry to get into,” said Ms Chandra.

Young AICC says it will look at potentially rolling out the program on a wider scale after it was approached by the South Sudanese and Congolese communities. 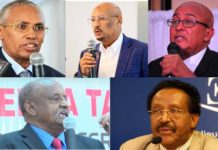 Somaliland: The Graduation Ceremony Should Not Be The Platform of The Three Parties

The Sydneysider who is an MP in Somaliland 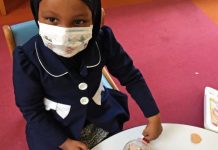