At the end of his three-year posting, Africa Correspondent Martin Cuddihy reflects on the memorable stories, experiences, and a few life lessons. 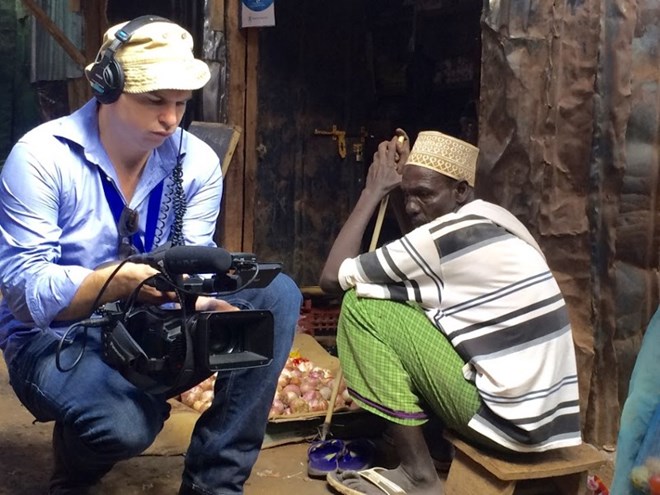 Martin filming at the Dadaab refugee camp on the Kenya/Somalia border.

If there is one enduring lesson Africa has taught me, then it is don’t eat the spaghetti from a roadside café in Somalia. It was 12 months ago — in January 2016, and producer Dingani Masuku and I were travelling around the self-declared region of Somaliland, the most north-west part of one of the most unstable countries on the planet. It was near the border with Ethiopia, a village called Boroma.

We were driving to a school when our convoy of vehicles stopped for a quick lunch. It was a pretty rough sort of establishment. The roof was sticks (sourced from where in that desert I have no idea) covered with a World Food Program tarpaulin. Lunch was to be spaghetti, a Somali favourite since the days of Italian occupation in the first half of the 20th Century.

Having attended boarding school, I’d deceived myself into thinking that I possessed, in the words of my father, ‘a cast iron gut.’ Regardless of my advantage, I requested cutlery and was promptly laughed at by the interpreter. If you find yourself there, lest you too be the butt of a joke, remember there are no forks at the roadside café near Boroma.

Perhaps fortuitously, perhaps to serve as a permanent reminder, Dingani took this photo of me eating spaghetti with my hands. I should have stuck to the dried fruit and muesli bars in my backpack my darling wife had packed for me.

The meal was cold and greasy, like it had been rubbed with mutton fat. The meal did not sit well. I will spare you the more clinical details, but needless to say we both contracted Somali belly. It’s only now, with the passage of a full year, that I can reflect upon this with mirth as opposed to dry mouth and involuntary shuddering.

It is perhaps unfair to cite the above anecdote as the source of my most valuable lesson while on a three-year assignment. I first arrived in Nairobi in August 2013, a few weeks before the Westgate terrorist attack in which close to 70 people were shot dead by a few terrorists from Al Shabaab. It was a baptism of fire. I remember watching with horror as bodies were brought out of the shopping mall and thrown into the back of a Landcruiser ute. They were crudely covered with black plastic and then driven away. I listened to the shots cracking inside the mall and tried not to think how the weekend previous I was inside that building at this exact time. 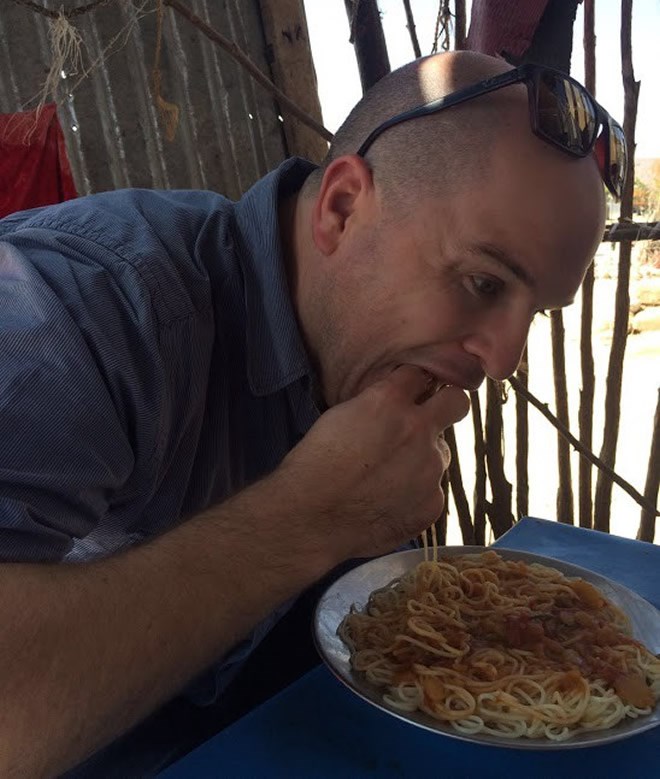 After that attack I spent a lot of hours wondering if I should ask my wife and one-year-old son to come with me to Kenya. At that time there were low level terrorist attacks every week. A grenade on a public bus. An IED in a café. But Westgate was the most brazen attack on foreign nationals this country has seen. It made me question my ambition.

We took the plunge and all moved together in January 2014 and our family of three has since become five. We have welcomed two baby girls into our lives. Kenya has given us a lot. Experiences, memories, exposure and terrific friends. And while our girls won’t remember much, if anything about their first home, they will always have Nairobi as the place of birth on their passports.

There are times from this posting that I won’t ever forget. Being detained in South Sudan and accused of trying to import ‘military equipment’ when we carried body armour into a conflict zone is one. Being bundled into a van by a mob after filming a Mombasa night-spot notorious for child prostitution is another. I won’t forget the faces of starving children. I choked back tears speaking to a mother who had just identified the body of her daughter by a scar on her leg. The young woman’s face was gone. She’d been shot by Islamist extremists at Garissa University. 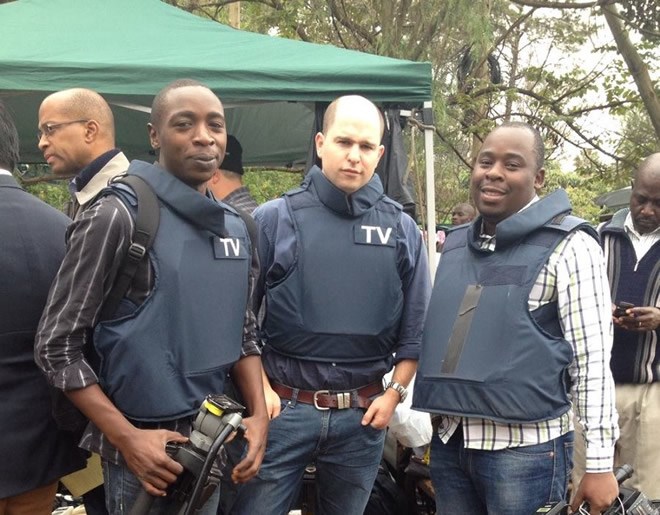 When you witness the places that some people call home, you can’t help but make comparisons between their life and yours. Slums house millions and millions and millions of people in Africa. Most of them keep out the worst of the elements with either corrugated iron or tarpaulins. Conditions in refugee camps are often worse. Despite promises by the Kenyan Government to shut down Dadaab, it remains the largest camp in the world and home to hundreds of thousands of people. They line up in the baking desert sun waiting for inadequate rations and are trapped between a place that doesn’t want them and a home that remains too dangerous for a return.

It hasn’t all been bad news though. I remember the journey of a little girl called Faith who had her sight restored by the Fred Hollows Foundation. And just recently I told the story of a 10-year-old poet from one of Nairobi’s most disadvantaged communities. She had an insight that belied her years. I just hope my girls don’t have the same sort of familiarity with the themes she spoke about: rape, poverty, tribalism and violence.

It is nothing more than dumb luck that I was born in Australia. There really isn’t much more to it than that. Home for me is one of the most stable countries in the world. I have witnessed and reported on the conditions in South Sudan and Somalia — two of the most unstable countries. My experiences are not unique, but they have given me an insight and had an impact on me. I now understand just how lucky I am; how lucky my family is. How lucky the vast majority of Australians are. For that, I will be eternally grateful. 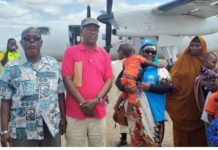 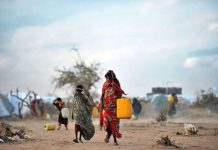