In the post-truth world, a far-right embrace of social media threatens the broadcasting of truth.

In the social media era, everybody publishes whatever they want. Fake news websites are widely common, publishing lies and fabricated news. Far-right politicians in the post-truth era appeal to emotions and impose personal views; they hide the truth and convince people of what is untrue.

Where do mainstream media organisations stand in the post-truth era? How do they maintain people’s trust, identity, credibility and originality?

The British Oxford Dictionary made “post-truth” word of the year. It defines it as: “relating to or denoting circumstances in which objective facts are less influential in shaping public opinion than appeals to emotion and personal belief”.

It is the post-truth era, when the West goes backwards and gives up the values of liberalism, objectivity, integrity, human solidarity and globalisation, which had been praised by many of its intellectuals. Francis Fukuyama, being one of them, once said (though later retracted his stance) that history ended here at the borders of political and cultural liberalism.

It is the post-truth era, when the West resorts to populism, which ushered in the likes of Donald Trump and will probably pave the way for rightist Francois Fillon, to win the elections in France, or perhaps even his rival the far-right leader Marine Le Pen.

It is the post-truth era, when Britain exits the European Union because it rejects the policy of open borders between member countries and only wants to benefit from the EU, but refuses to pay back.

It is the post-truth era, when Vladimir Putin slams the truth and oppresses every single opposing voice in Russia, supports the likes of Trump and Le Pen, and anyone else who calls for isolationism and chants the slogans “Russia First, France first, America first”.

But how did we get here, to the post-truth era? And how can we get out?

A far-right and social media symbiosis

We, journalists, have been happily using social media platforms since they appeared. We still stress their important role in spreading information. However, what we have witnessed during Trump’s campaign, and those of far-right candidates on the other side of the Atlantic, is how social media has been exploited to disseminate untruths. It is like the old Arab proverb: The magic turned on the magician.

Social media was the most effective tool used by Trump and his right-wing Anglo-Saxon camp of people who could not accept a black president in the White House and who were worried that immigrants would replace them, despite themselves being descendants of settlers and immigrants. They used it to promote their electoral programme and encourage anti-liberal sentiments.

At the same time, Hillary Clinton’s campaign was not as effective in mobilising voters on those platforms, appealing to their emotions or encouraging their populist instincts.

Trump’s camp did not seek objectivity and integrity in their campaign, but their social media posts were immediately received by white voters as indisputable facts.

This is the problem with social media tools. They offer a quick way to convey one-sided information or opinion, without the option or capability to verify the authenticity of this information or to present the opposite opinion for the sake of balance.

By contrast, traditional media are platforms that pursue the presentation of opposing opinions and fully detailed objective information.

It is no surprise, therefore, that the far-right has found social media much more useful and conducive to their message than traditional media.

Social media also distances people, because it limits communication to mobile phones. It deprives people of human contact and the accompanying intimacy and exchange of opinions, which could lead to changing a wrong impression or correcting an inaccurate belief.

Besides, tens of thousands of “fake news” websites have emerged, offering false information to an audience that is used to traditional media doing the fact-checking for it and that believes anything that appears on a presentable webpage.

With these websites and social media tools multiplying, it seems that we have become helpless and unable to stop the flow of false information or one-sided opinions.

This is the post-truth era! It is when lies replace the truth, emotions replace honesty, personal analysis replaces verified information and one opinion replaces multiple opinions.

This is the post-truth era, when extremists use social media as alternative communication channels to the mainstream media organisations (which used to ignore them) to promote their extremism.

Now, these same mainstream media organisations are considered an enemy and are being attacked constantly.

In days after Trump won the presidential elections, he would often go on social media and accuse media organisations of provoking protests against him.

He behaved like the leaders of what the West calls “the third world”, many of whom have blamed Western media for their failure.

So, facing this juggernaut of misinformation, what do mainstream media organisations do? Mainstream media must use social media tools intensively in order to defend the truth, present the correct information and balance opinions.

Arab mainstream media is the most in need of this in the post-truth era, as the wave of racism and Islamophobia is strengthening representations of our culture and values as backwards and reactionary.

It is important to do an introspection and see what we are currently presenting to the young generations and how it does not properly challenge these hateful discourses. Most online media programming follows the idea that our youth want something fun and quick.

But, if we follow this logic in the content we produce, we will just encourage the shallowness of the youth’s knowledge.

Who says our youth would not watch detailed and serious productions, if they were well-made, visually appealing and quick? Such production is not difficult to make.

Besides, our causes and torn realities deserve to be continuously presented to our youth, so that they learn from what happened in the past to prepare for the future.

For example, we need to remember and remind youth of what Britain’s Mark Sykes, France’s Francois Georges-Picot and Russia’s Sergey Sazonov cooked up in 1916’s agreement to partition the Ottoman Empire.

Arab mainstream media libraries are full of images and footage, and we can use the Sykes-Picot agreement material to make short videos and present them to our youth. This will urge them to think about what happened and what might happen with a “new Sykes-Picot” being planned in front of our own eyes in the Middle East.

Besides fun, light and quick productions, we can present to our youth the history of the Palestinian cause in short videos revealing the scope of the tragedy and the grave disappointment caused by friends and strangers alike.

Why don’t we use these short videos to keep our youth constantly informed about the tragedies in Syria and Iraq and the miserable stories of refugees across the world?

Why don’t we use those short videos to remind the youth of the nation’s revolutionists who fought colonial powers, such as Abd al-Karim al-Khattabi, Ahmed Urabi, Abdelhamid Ben Badis, Ahmed Ben Bella, Hassan al-Banna, Gamal Abdel Nasser and others? Why don’t we use them to reinforce in their hearts and souls the values of Arabism, religious tolerance and human solidarity?

All of this is possible if mainstream media organisations took it into consideration and adopted it as part of their visions.

In the post-truth era, mainstream media, and particularly TV channels, must formulate a clear vision based on their experience and expertise, away from amateur experimenting and imitating others. They must maintain the context of their core and original content, based on which they built their experience and people’s trust, thus becoming their main asset.

In the post-truth era, mainstream media organisations must maintain their identity, in which they take pride in front of other people. They should never trade the elements of this identity with what does not suit them.

Ahmed Al Sheikh is the former chief editor of Al Jazeera Arabic. He worked for BBC Arabic before joining Al Jazeera in 1996. He has worked in the media field for almost 40 years.

The views expressed in this article are the author’s own and do not necessarily reflect Al Jazeera’s editorial policy. 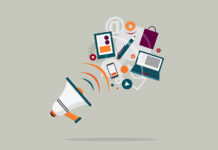 Somaliland:Effective Government Communications Towards The Public