Government ministers, legislators and the Djiboutian consulate to Somaliland welcomed the maiden flight at the two international terminals in berbera-hargeisa.

the deputy minister of aviation Mr Gulleid  said that the flights, both cargo and passengers, between Djibouti and Somaliland will strengthen the ties between the two Horn of Africa countries.

The Ceo of Djibouti air Mr.Mayo Volkani speaks the ceremony he stated the Djibouti flights enhance to the  African trade and bring back African trade back to Africa Says “Air djibouti as partners  with aviation industry in somaliland, as not just passengers , we starting passengers service is also cargo.”

He added “This great deal with african cargo is controled by the big operates particularly dubai ,Its ship in to the Middleast following over the top on this region on africa and into the rest of africa, We need to be part stopping that african trade, We need bring the african trade back to africa .” said the Ceo of Djibouti Air.

The Red Sea Airlines, is the flag carrier of Djibouti. It first flew in 1963 and ceased all operations 2002. In 2015 the airline was one again relaunched as a cargo airline and has plans to start passenger flights in the first quarter of 2016. It is headquartered in the capital, Djibouti City

The Djiboutian air will be a third international airlines launches direct flight to somaliland.

The other International Airlines  in Somaliland

On 2015 The Dubai-based flydubai’s launches the flights to Somaliland and landed at Hargeisa Egal International Airport marking the launch of a direct four times weekly service to Hargeisa.

The Dubai-based carrier is the first airline outside of Africa to direct flights to Hargeisa . 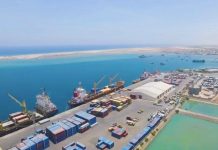