Five people have been arrested over a fire at crime laboratories in Brussels that officials believe may have been started to destroy forensic evidence.

Prosecutor’s spokeswoman Ine Van Wymersch said a car rammed through fences, leading to an explosion and a large fire at about 02:00 (00:00 GMT).

A large blast was reported, but police could not confirm a bomb had exploded.

Ms Van Wymersch said the likely aim of the fire was to destroy “several files” inside.

A blast heard by nearby residents was probably down to combustible materials inside the building, rather than a bomb, she had earlier told Associated Press.

The five people were arrested near the laboratories soon after the fire was reported, Ms Van Wymersch told a press conference.

Some 30 firefighters helped put out the resulting fire at the National Institute of Criminology, which media said suffered “significant” damage but caused no casualties.

Forensic analysis linked to criminal cases is carried out at the site, but RTL reportthat it is not the only laboratory of its kind linked to the police.

Images submitted to RTL by nearby residents showed flames and heavy smoke rising into the night sky.

The independent institute, linked to Belgium’s federal justice body, is in Neder-Over-Heembeek, a suburb in the north of Brussels.

Bilal Hadfi, who blew himself up outside the Stade de France during last November’s Paris attacks, lived in the suburb. 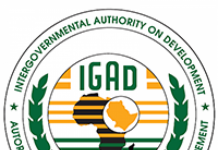